Pope Francis arrived in Georgia on September 30, aiming to extend his outreach campaign to the Orthodox Christian world. The pontiff’s ecumenical message, however, is not an easy sell in Tbilisi.

“The love of the Lord … enables us to rise above the misunderstandings of the past, above the calculations of the present and fears for the future,” local media outlets quoted the pontiff as saying during his meeting with Ilia II.

Earlier, during an appearance with Georgian President Giorgi Margvelashvili, the pontiff espoused an ecumenical message, stating that, amidst widespread violent extremism, “distinctions along ethnic, linguistic, political or religious lines can and must be for everyone a source of mutual enrichment in favor of the common good.”

Following two days in Georgia, the pope is scheduled to fly to Azerbaijan on October 2 to visit the predominantly Muslim country’s 570-strong Catholic community.

The two churches split along political, geographical, linguistic, doctrinal and theological lines in the 11th century. In 1054, Pope Leo IX of Rome and Michael I, patriarch of Constantinople, excommunicated each other, laying the foundation for the so-called Great Schism between the Roman Catholic Church and Eastern Orthodoxy.

The Eastern Orthodox community, of which Georgia’s church is part, rejects the authority of a Rome-based pope. Stark doctrinal differences still divide the eastern and western branches of Christianity.

These differences are not easily ignored. “The fundamental truth is entrenched into the Orthodox Church,” Giorgi Zviadadze, protopresbyter and rector of the Tbilisi Theological Academy, stressed to EurasiaNet.org.

Ilia II and Pope Francis were not expected to pray together, but despite “the deep divergences,” the pope is being received with all honors as head of the Vatican City State and the Roman Catholic Church, Zviadadze said. A delegation from the Patriarchate will attend an October 1 mass conducted by the pope for over 15,000 people in Tbilisi’s Mikheil Meskhi soccer stadium.

Not everyone, however, welcomes the pope’s visit to Georgia. On September 21, the conservative Union of Orthodox Parents protested outside the Vatican’s Embassy in Tbilisi, calling the pope an “arch-heretic” and his visit an affront to Georgian Orthodoxy and the Georgian people. Patriarch Ilia II has termed the protestors’ statements “unacceptable.”

Eka Chitanava, director of the Tolerance and Diversity Institute (TDI), a Tbilisi-based think tank, said protests from nationalist segments were to be expected. The Georgian Orthodox Church has turned the notion of citizenship and the Orthodox faith into “a hybrid,” she believes.

Constitutionally, Georgia is a secular country, but an estimated 83 percent of the population of 3.72 million identifies itself as Georgian Orthodox. The state-financed Church, long the preserver of Georgia’s cultural identity, routinely ranks in polls as the country’s most trusted institution.

Against that backdrop, “non-Orthodox groups are targeted when they become visible and go into [the] public space,” Chitanava noted. “Conservative groups are fine when people of different faith live outside the public eye, somehow underground. Whenever they do [go public], or try to, then problems arise.”

There are 18 Roman Catholic churches in Georgia, two of which are in Tbilisi. The others are mostly in the southern region of Samtskhe-Javakheti.

Another five now belong to the Georgian Orthodox Church, which received them from the state after the Soviet Union’s 1991 collapse. Although since 2011, the law considers the Roman Catholic Church (as well as the Armenian Apostolic Church, the Evangelical Lutheran Church, the Muslim Union and Jewish Community) to be an official religious organization, like other religious minorities, it has been unable to regain its property.

The Vatican has also been unable to build new churches in Georgia. In Rustavi, an industrial center 25 kilometers (15.5 miles) south of the capital, Tbilisi, the local community of about 100 Catholic families has been waiting three years for permission to construct a church. Worshippers currently congregate in private homes.

In 2013, the Rustavi community purchased a plot for a church in the town center and filed the necessary paperwork, but the mayor has yet to sign the building permit. Two court rulings found that the municipality had deliberately dragged out the process. They are now under appeal.

Giuseppe Pasotto, bishop of the Apostolic Administration of the Caucasus, does not understand the building delay. “The documents have been ready for years. At this stage, we have the right to know why this permit has not been granted,” said the 62-year-old Italian cleric, who has headed Georgia’s Catholic community of roughly 112,000 since 2000.

TDI Director Chitanava believes that the local government has delayed to avoid irritating the powerful Georgian Orthodox Church, or Orthodox voters. Muslims in the Black Sea city of Batumi also have failed to gain permission for a new mosque, she added.

In Rustavi’s case, over the summer the building site for the Catholic church was vandalized. A gate leading into the vacant lot was sealed shut with cement. Police have not investigated the incident, according to Chitanava.

The situation appears part of a larger pattern. Since 2012, the Public Defender’s Office has recorded a 43-percent increase in complaints about religious discrimination, intolerance and violence.

Tbilisi Theological Academy Rector Zviadadze insists the Orthodox Church has no connection with the construction delays. The Georgian Church, he added, does not accept any “discrimination or violence on religious or ethnic grounds,” and “strongly” supports the country’s religious minorities.

“A culture of tolerance is deeply embedded in Georgia,” he said, recommending “legal proceedings” to address any “demands.”

But, rather than another lawsuit, Bishop Pasotto, who worked closely with the Patriarchate to organize the pope’s visit, can only recommend forgiveness.

Last December, Rustavi’s Catholic community erected on the proposed church lot a metal door to symbolize the year of mercy declared by Pope Francis. The pope will walk through this so-called Holy Door during his Tbilisi mass.

“We have to live day by day in the face of the difficulties we face,” Bishop Pasotto said. “Mercy is like this door: It has no walls, no roof. It embraces the world.” 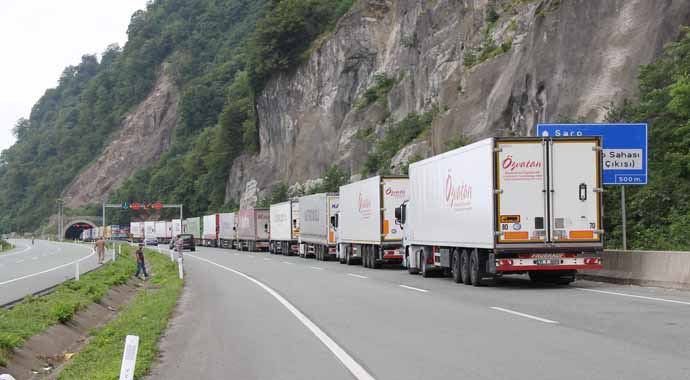 Will the North–South Transport Corridor Overshadow the Baku–Tbilisi–Kars Railway?