In an age where sources of renewable energy are becoming an increasingly cost-efficient means of providing electricity, Russia is still going nuclear.

Nuclear energy is losing its luster in many parts of the world. In the United States, the drop in the cost of renewables production is making them a more attractive electricity-generation option than nuclear power. France, a country long associated with nuclear power, is also looking to reduce its reliance on reactors. And even China is now investing more in developing wind farms than it is in nuclear infrastructure.

Russia, though, is bucking the trend. Nuclear energy accounts for 11 percent of domestic power production, while the share of wind and solar power generation remains negligible, according to Bloomberg New Energy Finance. Overall, more than 40 percent of Russian power is generated by natural gas. Meanwhile, hydropower is the main renewable source of power in Russia, responsible for a roughly 20-percent share of the overall mix.

Russia has taken steps in recent months to develop its wind power potential. But development efforts are hampered by legislation that requires at least 40 percent of all renewable-energy infrastructure to be locally produced. To meet the requirement, Russia needs to find a substantial amount of foreign investment.

In the realm of international trade, Russia is trying to turn its slow embrace of renewables into an advantage.

Rosatom, Russia’s state-owned nuclear company, is by far the most active player these days in the international market for nuclear power technologies. Rosatom currently has agreements to provide plants, fuel or expertise in 20 countries in the Middle East, Africa, Asia and Latin America. With the notable exception of the Barakah Atomic Energy Station in the United Arab Emirates, which is being built by the Korea Electric Power Corporation, Russia is the most heavily involved of any nuclear-exporting countries in developing nuclear power facilities in the Middle East.

Rosatom’s most recent move in the Middle East was a deal, sealed in late May, to construct Egypt’s first nuclear power plant, pending final approval by the Egyptian government. The pact is the latest of four bilateral agreements signed by Egypt and Russia concerning the nuclear power station at El Dabaa, approximately 200 miles west of Cairo on Egypt’s north coast. The first of these, signed in late 2015, covered the construction and maintenance of the plant for a 10-year period, and included a stipulation that Russia would provide fuel for the plant for 60 years.

The plant would consist of four VVER-1200 reactors, a new design based on the earlier VVER-1000 model developed in the Soviet Union in the mid-1970s. The first VVER-1200 was brought online earlier this year at Russia’s Novovoronezh plant. It is projected to begin producing power in 2024.

Egypt is one of four countries in and around the Middle East where Rosatom has built, or plans to build, nuclear power facilities. Rosatom’s subsidiary, Atomenergostroy, which handles the company’s overseas construction projects, has contracts to build plants in Jordan and Turkey. In addition, it is building additional reactors at Iran’s Bushehr facility. The company will provide financing, staff, and fuel, while retaining ownership of the plants and receiving revenue from the power they produce.

Russia has provided approximately 50 percent of the financing for Turkey’s plant at Akkuyu, and will provide fuel for its operation once construction is complete. Upwards of 85 percent of the financing for the El Dabaa project in Egypt is to come in the form of loans from Russia, a country in the midst of an economic downturn brought on by the global fall in fossil fuel prices.

Egypt is also exploring options for a second nuclear power plant to be built on its coast.

During the Cold War, both the United States and the Soviet Union provided supplies, facilities, and training to Middle Eastern countries in an effort to promote nuclear power. The governments of Jordan and Egypt expressed interest at the time in developing nuclear power facilities in the mid-1950s, and the Soviet Union began construction on a research reactor in Egypt in 1961. Similar reactors were built in Iraq in 1967 and in Libya in 1981. In 1995, Russia’s Ministry of Atomic Energy signed a contract to take over construction of the Bushehr plant.

In 2010, Rosatom was granted the right to open offices in embassies abroad by a change in laws governing its operations. It did so in Dubai and Beijing in April of 2016, and the company’s website now boasts over $133 billion USD in overseas orders for its products.

Rosatom has also partnered with the International Atomic Energy Agency to fund nuclear infrastructure development internationally, pledging $1.8 million as well as equipment and expertise to equip countries that hope to develop nuclear power capacities in the future.

Experts have expressed concern that these ambitious development plans are proceeding without adequate plans for disposal of nuclear waste. The Bellona Foundation, an organization that conducts independent research into international nuclear and environmental issues, has been critical of the lack of planning for nuclear waste processing and disposal, and has pointed out that dependency on Russia for nuclear fuel may leave countries particularly vulnerable in the event of a sour political climate.
by Emma Claire Foley 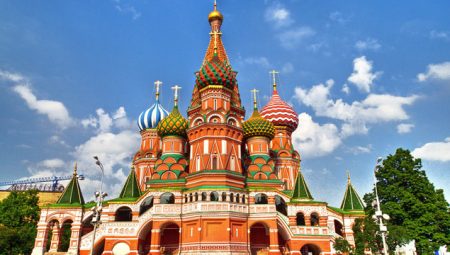 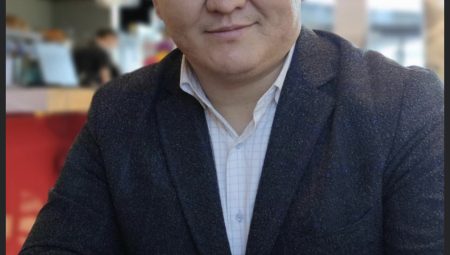 During the 1970s and 1980s, the Libyan regime of Muammar Qaddafi was Moscow’s ally in…