Iran to Sell Russia 1.5 Mln Barrels of Oil in Exchange for Technology, Services

Briefing the media after a meeting with his Russian counterpart Alexander Novak in Tehran, Zanganeh said that Iran would receive payment half in cash and half in goods and services.
“We are looking for long-term trade relations with Russia to minimize the effect of fluctuations created by the West,” Bijan Zanganeh added.

In an interview with Sputnik Persian, independent Iranian analyst Omid Shokri Kalehsar said that while the Western countries took their time waiting for US President Donald Trump’s actions regarding Tehran, Russia has become the first buyer of Iranian oil since the partial lifting of sanctions agreed in 2015.
“In 2011 and 2012 the EU imposed a ban on the import of Iranian oil over Tehran’s nuclear program. Meanwhile, there were media reports about a “barter oil deal” being discussed by Russia and Iran whereby Iran would supply a daily 500,000 barrels of oil to Russia in exchange Russian technology, equipment and services,” Omid Shokri Kalehsar said.

“However, after Iran and the P5+1 signed a nuclear agreement paving the way for lifting the sanctions from Tehran, the “barter agreement” was no longer need,” he added.

Still, the agreement on the planned supply to100, 000 barrels of Iranian oil to Russia reflects the two countries’ desire to expand their energy cooperation.

“Russia’s Lukoil and Gazprom companies are ready to invest into the Iranian oil and gas sector, which needs some $150 billion dollars’ worth of investments. This would help Iran to extract more hydrocarbons thus cementing its position in the global energy market,” Kalehsar noted.

“Lukoil and Gazprom will return to Iran to develop new oil and gas fields there.”

After Iran and the P5+1 group of international negotiators, including Russia, the United Kingdom, China, France, the United States and Germany, signed a comprehensive agreement on Tehran’s nuclear program in Vienna in July 2015, European countries showed interest in Iran’s oil and gas sector, with the election of Donald Trump, they are biding their time waiting for the new US President to outline his position on the 2015 nuclear deal with Tehran.

“Russian companies have none of these concerns though and will be the first to establish themselves in the Iranian oil market, way ahead of their European counterparts,” Omid Shokri Kalehsar said.

A number of Russian companies have already signed memorandums of understanding with Iranian companies.

Earlier this month, Russian Energy Minister Alexander Novak said that Moscow considers it possible to extend its participation in the oil producing states’ agreement on output cuts for another six months, and will decide on the issue in April or May.
The Organization of Petroleum Exporting Countries (OPEC) sealed a deal on November 30, 2016, agreeing to cut its oil output by 1.2 million barrels per day for the first six months of 2017 in an effort to stabilize the oil market and bring oil prices to the healthy range of $50-60 per barrel. 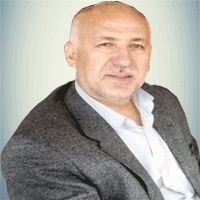