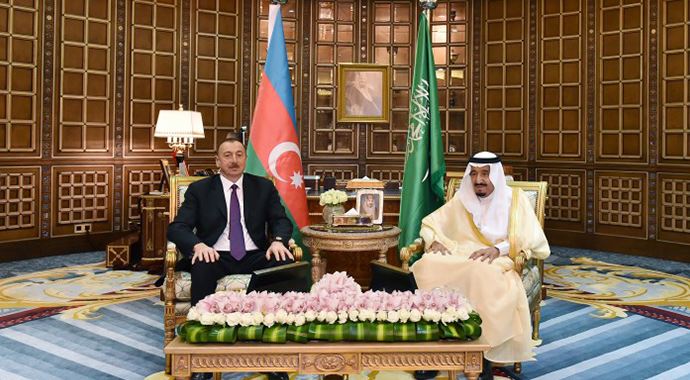 Saudi Arabia’s attempt to persuade Azerbaijan to join its anti-terror coalition comprised of Islamic countries has created problems for Baku due to fierce opposition to this coalition from Iran and Russia. Azerbaijan’s leadership subsequently attended the international donor conference on Syria’s future, seeking to become part of an international platform that will limit the country’s involvement to humanitarian affairs. However, while Azerbaijan’s interests and capacity to engage in international discussions about Syria are limited, the involvement of Azerbaijani fighters in the terrorist organization calling itself the Islamic State (ISIS) may require Baku to join some kind of international anti-terrorism coalition in the future, aimed at supporting intelligence sharing and cooperation with the aim of preventing recruitment of Azerbaijani jihadists.
BACKGROUND: The outbreak of civil war in Syria has had indirect negative effects on Azerbaijan. The critical issue is that, according to government sources, at least 200-300 Azerbaijanis have been trained and fought in Syria and Iraq within ISIS and other terrorist jihadi groupings. The real numbers may well be higher than those in official statistics. In order to prevent Azerbaijanis from joining the jihadi insurgency, the national criminal law was changed in March 2014, making participation in fighting on foreign territory punishable by imprisonment of up to twelve years.

With the exception of its support for resolutions on Syria during its non-permanent membership of the UN Security Council in 2011-2013 and its vote to suspend Syria’s membership in the Organization of Islamic Cooperation in 2012, Baku has not expressed a position on the Syrian situation.
However, recent domestic and international developments have triggered additional negative consequences for Azerbaijan. The first is internal; despite reports by Azerbaijan’s National Intelligence Service that a number of Azerbaijanis who joined jihadi groups had been detained, a scandal in the Ministry of National Security last year resulted in the detention of its leadership and the removal of a significant number of officials. At the heart of the scandal lay the revelation that the Minister and his associates had extorted large amounts of money from medium-sized Azerbaijani enterprises. This, in combination with a corruption scandal, resulted in the dissolution of the Ministry in December 2015. In its place, a State Security Service was created for internal matters, and a Foreign Security Service for international security matters.

The international context is that just before Russia’s military involvement in Syria, Moscow proposed uniting the counterterrorism activities of all Commonwealth of Independent States (CIS) members under the auspices of a newly empowered and revitalized Anti-Terrorist Center. Russia founded this Center in 2000, but it has never been an effective institution. With an expanded scope, the Center would essentially unite the intelligence gathering services under Moscow’s guidance, as expressed by the Russian President at the CIS Head of States meeting on October, 2015. However, Azerbaijan joined the Center in 2000 with the proviso that it would not participate in any intelligence gathering, or allow any activities by the ATC on Azerbaijani territory. Russia’s active involvement aims to gain the support of a number of former Soviet countries including Azerbaijan. But joining any Russian activities in Syria (even intelligence sharing) will be perceived as supporting Russia’s position on the conflict. Baku seeks to support international efforts aiming to end the war and eliminating the ISIS threat. Saudi Arabia’s proposal in December 2015 for creating an anti-terror coalition of Islamic countries has therefore provided a kind of cover for Azerbaijan, and Baku declared that it was considering this option.

IMPLICATIONS: Saudi Arabia’s attempt to persuade Azerbaijan to join its Anti-Terror coalition has been beneficial for two reasons. Firstly, on a bilateral level, since the decline of oil prices and Azerbaijan’s economic troubles, Saudi Arabia has been seen a key source of investment. The Azerbaijani President Ilham Aliyev’s visit to Saudi Arabia in April 2015 was important in this respect. The second factor is that Riyadh’s offer includes most Muslim states, with which Azerbaijan often cooperates, seeking their support on a number of issues including the Nagorno-Karabakh conflict.

However, the Saudi-led coalition has met with fierce opposition from Iran and Russia. Saudi Arabia proposed the coalition before its decision in January 2016 to execute 47 prisoners, including the Shiite cleric Nimr al-Nimr, which triggered a diplomatic crisis between Tehran and Riyadh. In the aftermath, joining the coalition could seriously damage Baku’s relations with Tehran. In a January government meeting, Aliyev clearly expressed his concerns about the increased tension between Iran and Saudi Arabia: “this situation has an impact on events in the Muslim world.” Russia’s military involvement in Syria, the timing of the Saudi proposal, and Moscow’s response – questioning the need for a new coalition – constitute additional difficulties for Baku in terms of joining the anti-terror coalition.

Beyond Iranian and Russian opposition, Azerbaijan’s concerns lie in the military and political scope of Riyadh’s anti-terror coalition; i.e. whether participation in the coalition requires sending a peacekeeping mission to Syria or Iraq. During Baku’s past peacekeeping missions in Kosovo and Iraq, international legitimacy and U.S. backing were key, but this is lacking in Saudi Arabia’s initiative. Azerbaijan’s leadership will also find it difficult to justify military involvement domestically – even at a symbolic level – given the strong public opposition to Saudi activities among the active part of Azerbaijan’s Shia population. Shia clerics have perceived Saudi Arabia as an exporter and financer of Salafism; and the war in Syria has also contributed to radicalizing Salafist groups with anti-Shia overtures, resulting in Azerbaijani nationals’ participation in jihadi groups.

This brings a high degree of political complexity to the Saudi coalition, namely its image problem: the coalition comprises Sunni Muslim countries. Riyadh would like to erase this negative “Sunni-club” appearance by involving Azerbaijan, a predominantly Shia country. However, this would entail encountering a sectarian fault line. For the government in Baku, even encouragement from its strategic ally Turkey – which is part of the Saudi-led coalition – is not enough. Ultimately, Azerbaijan fears that its participation will be perceived as involvement in sectarian struggles. In its current format, the Saudi-led coalition is unlikely to succeed.

The Azerbaijani leadership has not officially rejected the Saudi proposal, but found another way to gently decline it by becoming part of an internationally supported coalition on humanitarian affairs in Syria. That is was the reason for Aliyev’s subsequent attendance at the donor conference on Syria in London in February 2016. In reality, Baku will provide little support on this matter. It is currently distributing relief packages to Syrian refugees in Jordan via the Azerbaijan International Development Agency, but will not provide any major assistance, either through financial support or receiving Syrian refugees.

In order to please Iran and Russia, the Azerbaijani leadership expressed Baku’s support for Syria’s territorial integrity and a political process that includes all the country’s political forces. Although this initially seemed to indicate Baku’s support for Iran’s and/or Russia’s positions on Syria, the later official declaration indicated that Baku is upholding its core principle of territorial integrity, due to the Nagorno-Karabakh conflict. It has previously expressed this position in other cases, such as Russia’s annexation of Crimea.

CONCLUSIONS: Azerbaijan’s participation in the Saudi anti-terror coalition has ended in a stalemate due to fierce opposition from Iran and Russia. This opposition has shown that political maneuvers have their limits; in order to break the stalemate while both pleasing Iran and Russia and not ignoring Saudi Arabia, Azerbaijan has engaged with the internationally supported humanitarian approach to Syria. Azerbaijan’s only possibility for participation in Saudi Arabia’s format is if this coalition becomes part of an international alliance on fighting terrorism. This will eliminate Baku’s concerns about sectarianism and relations with Iran. Alternatively, if the Saudis can push this initiative through under the official banner of the Organization of Islamic Cooperation (OIC), Baku may be interested, even if this includes intelligence sharing.

AUTHUOR’S BIO: Zaur Shiriyev is an Academy Associate at the Royal Institute of International Affairs (Chatham House) in London. His areas of expertise include security issues and conflict resolution in the post-Soviet space, Turkish foreign policy, and the foreign and national security policies of the South Caucasus states, with an emphasis on the domestic determinants of such policies.
cacianalyst.org 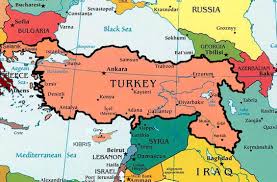