From September till December 2016 all five Central Asian countries- Kazakhstan, Kyrgyzstan, Tajikistan, Turkmenistan, and Uzbekistan – have lived in the special historical atmosphere: one after another they have celebrated 25th anniversary of independence. A quarter of century passed since they gained independence after the collapse of the former Soviet Union. Throughout this period, with perhaps different intensity and slightly different ideological manner, political leadership, elites and experts of all these states have been describing this first stage of independent development as ‘transition period’.

The notion of transition period has had dual function since on one hand it indicated the indispensable time frame for basic economic, political and social transformation from the Soviet legacy of administrative and stagnated economy and totalitarian political system to market economy and democratic system; on the other – it made a disservice to this very transformation endeavor as a slogan disguising the newly established post-Soviet authoritarian regimes’ desire to secure their power against possible democratic challenges by slowing down or halting reforms.

This is an important symbolical historical moment and a good reason for Central Asians to ponder about achievements, problems, lost opportunities, ambiguities, and new perspectives. It is also an appropriate time for making comparison between this group of Central Asian countries with other Asian, especially East Asian and South-East Asian ones which had passed through similar post-colonial transition period and could successfully accomplish economic and political reforms to such a high degree that their successes were called ‘miracle’ and these countries were labeled ‘Asian Tigers’. All these Asian miracles happened within the “transition period” shorter than a quarter of the century.

None of the Central Asian countries, however, has managed to demonstrate great achievements in the economic, political and social transformation deserving similar evaluation as ‘miracle’. Nevertheless, they possess significant potential for successful continuation of reforms, since they have, one can say, middle position in the world countries ranking list to move on. According to the UNDP Human Development Indexes for 186 countries, Kazakhstan has the rank 56, Kyrgyzstan – 117, Tajikistan – 127, Turkmenistan – 106, Uzbekistan -109,(For comparison: China – 90, Thailand – 93, Malaysia – 62, Indonesia – 110).

At least three interrelated factors of the overall post-Soviet developments have determined until now the modality of the notorious transition period in Central Asian countries, namely: constant geopolitical turbulence; distortion of regional ecumene; and elite-centric regimes.

1) After the Soviet collapse, the region of Central Asia was exposed to the profound geopolitical re-formatting. Numerous gestures which global and regional powers, such as USA, Russia, China, EU, India, Japan, Turkey and others, displayed in Central Asia revealed so many tokens of geopolitical intentions that many experts and state leaders invoked the forgotten designation of this process as “Great Game”.

At the same time, the region is facing the by-product of the ‘Great Game’ which can be called the ‘Small Game’ between and among five Central Asian countries themselves – a phenomenon that can be called ‘micro-geopolitics’. The latter is reflected in, so to speak, geopolitical semiotics – specific way of instrumentalization by political regimes of their territorial and spatial assets. For example, they very often try to describe (I would say “sell”) the strategic importance of their country by referring to such symbols as ‘key segment of the ancient Great Silk Road’; ‘bridge between China and Russia’; ‘intersection of trans-continental trade routes’; ‘hotbed of ancient civilization’, and so on. In the end, having been wallowed in micro-geopolitical competition with each other, Central Asian countries just overlooked how detrimental this competition is for the common regional development.

2) Kazakhstan, Kyrgyzstan, Tajikistan, Turkmenistan and Uzbekistan proclaimed the regional integration as their ultimate goal after gaining independence in 1991. As everywhere where integration takes place, there are Central Asian pessimists and Central Asian optimists regarding the future unification of the region. In any case, during the whole period of independence, a phenomenon of ‘national-regional’ dualism revealed itself. Centripetal tendencies juxtapose with centrifugal ones. Nation- and state-building processes intermingle with the regional evolution. That’s why the main characteristics of the status-quo in the region can be formulated as follows: united in culture, divided by politics; united in traditions and heritage, divided by circumstances; united by geography, divided by geopolitics.

3) Political systems of all five countries of the region are far from democratic. Moreover, they are grounded on the nurtured cult of personality of the presidents (with the small exception, perhaps, of Kyrgyzstan). Having inherited the Soviet tradition of the ruling, these regimes’ foundations are well described as the Asiatic mode of production. This peculiarity of the domestic political process is complemented with the preoccupation of regimes, elites, and societies with nationalism: the glorification of national history, the creation of national myths, representation of the national historical evolution as unique and exceptional, fencing the nation from neighbor countries by establishing visa regimes and delimitation of inter-state borders.

ca_zemljeThese three factors of reality couldn’t but undermine the historical significance of the regional commonality and reduce strategic perspectives of each respective nation of Central Asia. Perhaps that’s why Central Asian newly independent states have been unable to replicate their East Asian and Southeast Asian counterparts. Anyhow, by and large, it is obvious that the notorious transition period is over as by definition it cannot last infinitely.

Symptomatically, the death in September 2016 of the strongest authoritarian leader in the post-Soviet space – First President of Uzbekistan Islam Karimov – symbolized the completion of the transition period and the beginning of the new breakthrough in regional affairs. President-elect Shavkat Mirziyoev proclaimed Central Asian region a priority in the foreign policy of Uzbekistan. After the election in December 2016, he already initiated impressive and far-reaching innovations in the system of governance, entrepreneurship, combating corruption, protection of human interests and in some other spheres. Whether these measures will create “Uzbek miracle” is yet to be seen. However, given the central and key role of Uzbekistan in Central Asia, the post-Karimov reforms in this country will undoubtedly have profound implications for the entire region.
By Dr. Farkhod Tolipov
Dr. Farkhod Tolipov Director of the Bilim Karvoni Institution, Uzbekistan 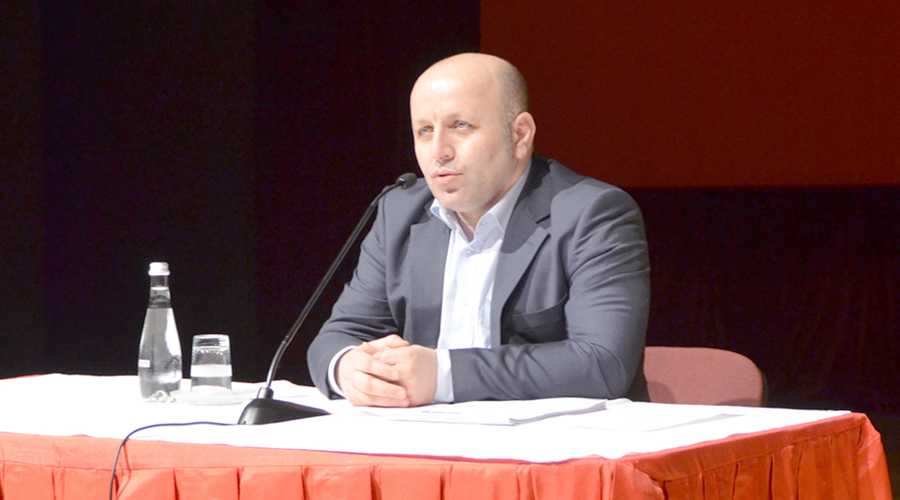