In the dying days of 1997, the leaders of Turkmenistan and Iran inaugurated a 200-kilometer natural gas pipeline joining their two countries. They called it the Friendship pipeline.

Bilateral relations have been anything but harmonious since then. In recent years, ties seemed stretched to the snapping point, and by late 2016, a cutoff loomed for Turkmen gas supplies to Iran.

For a brief moment, Turkmenistan’s relationship with Iran appeared poised for a rebound. Negotiations during the waning days of 2016 reportedly produced a deal that, according to Iranian officials, would enable Tehran to continue receiving gas from Turkmenistan for the next five years. Iranian media cited unnamed officials as saying the Turkmen were so desperate to reach a compromise with the visiting Iranian delegation that they persuaded the Iranians to return to the negotiating table from the airport in Ashgabat.

After three days of talks, the managing director of the National Iranian Gas Company (NIGC), Hamid Reza Araqi, was quoted by Fars news agency’s English-language service as saying that a memorandum of understanding on gas imports and swaps had been drawn up. This news was seized upon by media in Iran as confirmation that gas would continue to flow.

Those illusions were abruptly shattered on January 1, when Turkmengaz suspended deliveries all the same. An NIGC spokesman told the Iranian news agency Tasnim on January 2 that attempts by Iranian officials to seek clarification over what happened were proving unsuccessful, as Turkmen officials had gone on their New Year holidays and were not answering the phone.

At the heart of this dispute is the roughly $2 billion that Turkmenistan says it is owed by Iran for gas deliveries. That figure began circulating around the middle of December and elicited intemperate reactions from Tehran, which warned that it would refuse to renew the supply contract. Back in 1997, Turkmenistan’s leader at the time, Saparmurat Niyazov, announced that he and his Iranian counterpart Mohammad Khatami had agreed on a 25-year deal, but this arrangement has been serially revised, much to Tehran’s chagrin.

NIGC responded to the Turkmengaz cutoff with another angry statement. The statement, translated by the Shana news agency, accuses Turkmenistan of routinely behaving in an un-neighborly manner in its energy dealings. Bitterness lingers over the cold winter of 2007-2008, when NIGC claims Turkmenistan took advantage of Iranian shortages by hiking its gas prices nine-fold, reportedly to $360 per 1,000 cubic meters, up from the previous rate of $40. According to Turkmen officials, Iran accumulated the bulk of its debt during this period.

Araqi, the NIGC head, was quoted by Fars as saying that Iran and Turkmenistan’s national gas companies had agreed to form a joint commission to study their differences. But such an agreement evidently was not enough to head off a cutoff in gas supplies.

The secretive natures of these two countries mean that discerning the details of the dispute is tricky. The NIGC said in its muddled statement that it has already settled its debts for that 2007-2008 period. Azerbaijan’s Trend news agency, however, has cited an interview in August with Iran’s deputy oil minister for international affairs, Amir Hossein Zamaninia, in which he reportedly acknowledged Tehran’s debt to Turkmenistan. Zamaninia estimated that the debt stood somewhere between $600 million and $1.5 billion, emphasizing that the definitive sum was subject to negotiations.

State media in Turkmenistan have made no reference whatsoever to the unfolding episode.

Tehran has, as it did prior to these abortive negotiations, restated its intent to reduce its dependence on Turkmen gas. Iran produces substantial quantities of its own natural gas, but is reliant on Turkmenistan to supply isolated northeastern regions not connected to the national grid. In 2010, the Friendship pipeline was supplemented with the opening of another pipeline — Dauletabad-Sarakhs-Khangiran — which runs from the Dauletabad gas field in southeastern Turkmenistan to Iran. That second route had an initial annual capacity to carry 6 billion cubic meters, around the same as Friendship.

Judging by the available figures, those pipelines may already be more than enough to meet Iranian requirements. The Trend news agency report cited above last month noted that in the year-long period running up to March 2016 (which marked the close of the year under the Persian calendar), Iran imported 9 billion cubic meters of gas from Turkmenistan, a two-fold increase on the year before. But, significantly, import volumes have been dropping since that time. Trend this week cited Araqi as saying that while Turkmenistan was exporting 25 million cubic meters of gas daily to Iran in 2015, the amount had dropped to 12 million cubic meters per day in recent months.

While Iran looks to join up its internal network, the NIGC has boldly declared its intent to weather the short-term crisis.

“Our colleagues in the petroleum industry and the NIGC have made arrangements to prevent any gas cuts in the household sector so that with the help of God and people’s cooperation, this cold will be passed behind with minimum problems,” the company said this week. “Lack of supply in the cold could be met by conservation of gas in power plants, industries and the household sector,” NIGC said.

The AFP news agency cited an Iranian oil ministry official as saying that Iran now produces 700 million cubic meters of gas daily and that imports from Turkmenistan account for just 1.5 percent of its domestic needs.

Interruptions in supplies from Turkmenistan to Iran have occurred several times before, usually only for brief periods. In November 2012, Turkmengaz cut Iran off following what it claimed was an Iranian request to do so – supposedly for maintenance operations. That explanation was contradicted at the time by Iran’s oil minister, who said that the impasse had been provoked by a pricing dispute.

By demanding prompt repayment of a massive claimed debt, Turkmenistan is playing a high-stakes game. News trickling out of the country makes it clear that Ashgabat is struggling to cope with a deepening economic crisis. Thus, the government’s apparent determination to wring money out of Iran may be motivated as much by desperate need as it is by any contractual grievance.

With Iran now cut off, Turkmenistan seems to be in a vulnerable position. It is now a one-customer gas supplier — a situation at odds with Ashgabat’s long-stated objective of diversifying its export markets. To complicate matters, Turkmenistan’s sole customer is China, a country with resources and strategic heft that allows it to drive hard bargains. While the amount China pays for its gas from Ashgabat is not known for certain, media reports suggest the sum may be very small indeed.

There is a broader international background to this story.

Back in 1997, the largely Iranian-financed Friendship route was hailed by Niyazov as a breakthrough project that would reduce Ashgabat’s dependence on exports to Russia. While Turkmenistan has achieved that goal, it has merely replaced Russia with China as the major purchaser of Ashgabat’s gas, which is virtually the sole source of revenue for the government.

Meanwhile, Turkmen and Iranian interests seem to be diverging. At the time the 200-kilometer Friendship pipeline began pumping gas, Turkmenistan and Iran were speaking enthusiastically about teaming up with Turkey to commission a project design from Royal Dutch Shell for a route that would carry their gas exports all the way to Western Europe.

Commercial imperatives, and Tehran’s steady emergence from international isolation, likely diminishes any incentive for Iran to partner with Turkmenistan, as Annette Bohr noted in a report for Chatham House in 2016. “Iran has no real interest in re-exporting Turkmen gas, given its own huge reserves located in its southern regions. Consequently, in the long term, Turkmenistan is more likely to view Iran as a competitor for the same gas markets than as a trade facilitator,” Bohr wrote.

NIGC’s director for international affairs, Azizollah Ramezani, declared in July that Iran plans to up its annual gas export capacity to 80 billion cubic meters by 2021. Of that, up to 30 billion cubic meters could be earmarked for Europe, Ramezani said. Such figures would mark a vertiginous jump from the current export level.

And Iran also has designs on selling its gas to Asian markets, such as India. That would greatly undermine Turkmenistan, which is pinning its hopes of creating a new market on the trans-Afghan TAPI pipeline, which would run up to the border of India and Pakistan.

Proposals to build an Iran-Pakistan-India pipeline have also faltered across the years, but the fact that Iran’s pipeline would not cross Afghanistan seems to give it a natural advantage.
http://www.eurasianet.org/node/81821 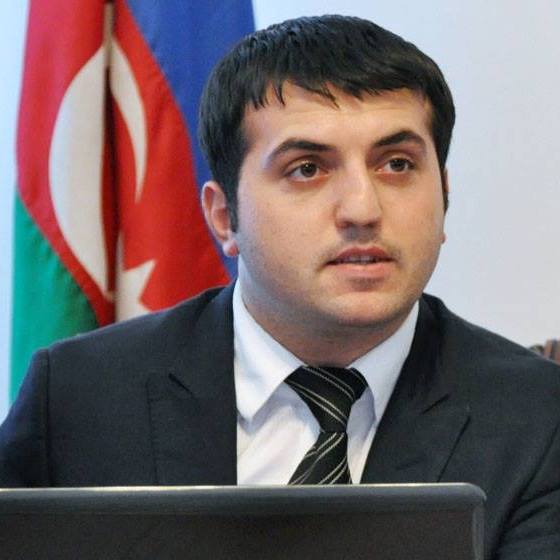 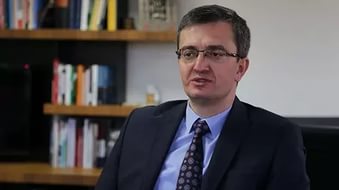