TOO LATE TO SAVE MIDDLE EAST’S LARGEST SALTWATER LAKE, URMIA?

In recent months disappointments about the save of Lake Urmia, once the world’s sixth largest saltwater lake, have increased as its volume has dropped to less than 10 percent of its original and the situation is getting worse day by day.

Located in Iran’s north western region of Azerbaijan, the drying up lake, once known as a very important seasonal habitat for many species of migrating birds, is no longer a home to those 200 species (including pelicans, egrets, ducks and flamingos).

The tourism sector has clearly lost out around the lake, meanwhile once it was attracting visitors from near and far, who believed in its therapeutic properties.

It seems that the Aral Sea’s tragic fate, a well-known dried salt lake in Central Asia, will repeat itself with Lake Urmia, exposing a salt desert with noxious salt storm, threatening people health and crops within a few hundred kilometres of the lake.

Serious concerns have been raised about the health of almost 80 million individuals living within a radius of 500 km inside and outside the country as the windblown salt-storms do not recognize any borders.

Officials have already warned if serious steps are not taken, the consequences of the lake’s drying will force millions of Iranians to migrate to greener pastures.

For many years the Iranian officials blamed drought for the sea drying out, this way not taking any responsibility regarding the crisis.

According to the UN resident coordinator in Iran Gary Lewis, in the year 1956, the per capita water available in Iran was 7,000 cubic meters. Today, it is 1,200 cubic meters.

The average per capita use of water in Iran is 70 percent higher than the global average, meaning that even though Iranians live in a semi-arid region they are not consuming water efficiently, and are wasting water unsustainably.

However, the studies indicate that actually the drought isn’t the main reason. Turkey’s Lake Van, only about 170 km far from Urmia, does not show the dramatic change apparent for Iran’s Urmia lake.

Besides drought, decades of poor water management, aggressive agricultural policies as well as irresponsible implementation of some infrastructural projects without studying their ecological impacts have caused that the lake to shrink by over 90 percent.

According to a report by United Nations Environment Program (UNEP), some 65 percent of the water decline of Lake Urmia was from changes in inflow, caused by climate change and diversion of surface water for upstream use, with the remaining due to construction of dams (25 percent) and decreased precipitation over the lake itself (10 percent).

The Jaghatu Chay (Zarrineh Rood) river is the largest of the thirteen main rivers discharging into Lake Urmia which are the source of the majority of the Lake’s water budget. Additional input comes from rainfall directly over the lake, floodwater from the immediate watershed and a very small fraction from groundwater flow.

The river, located in the south of the lake reportedly was supplying at least 50 percent of its inflow (with an annual contribution of 1.6 billion cubic meters).

The Iranian administration launched the first phase of a water transmission project in 1999 which transfer water from Jaghatu Chay to Tabriz, and which meets 60 percent of the mega city’s water demand, according to officials. The project also supplies 40 percent of water demand in Miandoab, Azarshahr, Bonab, Ilkhchi, Gugan and Shabestar cities.

Meanwhile, the administration is working to launch the second phase of the project, Nader Ghazipour, an Iranian MP accuses the government of taking steps which led to drying the Lake Urmia.

“Why the water demand of Bonab and Azarshahr factories is supplied from the watershed of Lake Urmia? Why the power and petrochemical plants of Tabriz should work at the cost of drying the Lake Urmia?,” Ghazipour was asking in August 2017.

He took a jab at the government, saying that the water taken from the Jaghatu Chay is not used for only drinking purposes of Tabriz population but for industrial and agricultural uses.

But that is not the entire problem. In recent decades the cultivation model in the region has changed. The local farmers gave up grape farming and started to grow apples which was more profitable, but also require 12.5 times more water than grapes.

The change led to dramatic increase of water consumption in recent decades, according to Nasser Karami, an associate professor at the University of Bergen in Norway.

Karami previously said in his interview to Trend that “even if we accept the official figure which put the lands under cultivation at 450,000 hectares, the area of the agricultural lands around the lake has increased by more than three times in recent 30 years.”

Over 5.5 billion cubic meters of water, which was going to the lake annually allocated to agricultural purposes, through constructing more than 43 dams on rivers’ basins.

Construction of a causeway ‎ through the lake with a bridge to shorten the travel time between the cities of Urmia and Tabriz‎, which caused dividing the lake into two small parts, even make the situation worse and accelerated the process of evaporation.

According to some studies, the project which inaugurated in 2008 after several years of work, has led to catastrophic decreasing of water level in the lake.

According to a report released by Iran Environment and wildlife Watch, which was covered by Iran’s local media including semi-official Tasnim news agency ,on January 8, 2018 the lake’s water level registered at 1270.3 above sea, showing a decrease by 24 centimeters compared to the same time last year and 4.5 meters compared to the average long-term period.

Now some Iranian media even loudly announce that the lake is dying and there is no choice rather than migrating millions of residences from the area.

Tabnak, an Iranian news portal published a report in October 2017, clearly saying that the administration has failed to revive the lake.

“It is better that the government announce its failure in reviving the lake and start to study hard and complex solutions for transferring nearly 5 million of population, living in north west to the central and southern parts of the country and to be prepared for this scenario,” given the fact that Lake Urmia’s dying means destroying the region’s ecosystem, which would force majority of Iran’s Azerbaijanis to leave their motherland.

Azerbaijani Turks, one of Iran’s most influential ethnic groups, who estimated to make over a third of the country’s population, venerate Urmia as a symbol of Azerbaijani identity.

That is why the Iranian President Hassan Rouhani attached a special attention to the issue, during his presidential campaign in 2013.

“I promise you if I am elected as the head of the executive branch, I will start working to save Lake Urmia on the first day,” Rouhani said that time addressing Iranian Azerbaijanis in Tabriz.

However, he established a working group for saving Lake Urmia in the first cabinet meeting, the “Committee for Urmia Lake Restoration,” after five years in the office, with no significant development made regarding the issue.

The committee prepared a 9-year plan to restore the lake, with 2023 being the year when the lake would have been completely restored.

The proposal suggested some measures on reduction of water consumption in the agriculture sector as well as transferring water from other regions into the lake.

However some Iranian experts believe that the measures which maybe efficient in reviving the lake such as prohibiting unauthorized use of surface and groundwater, limiting groundwater use by local farmers and transferring water from other catchments including Araz River are impractical and will lead to serious social tensions.

Last year, Isa Kalantari, the then head of the Urmia Lake Restoration Program announced that the lake will most likely fail to reach an ecological balance by 2023 as it was planned, due to the drying up of funds for related projects.

Kalantari, who currently heads Iran’s Environment Protection Organization, said that the only choice to revive the lake is foreign finance as the planed projects are facing budget shortage.

Earlier in November 2017, Mohammad Esmaeel Saeedi, an Iranian Azerbaijani MP said that the Urmia lake issue is forgotten and most of the approved projects for its revival, have been left incomplete.

“The lake is experiencing the worst condition and people are seeing the death of the lake in front of their eyes, despite the statements made by officials,” Saeedi said.

Earlier in October, over 100 Iranian MPs submitted a letter asking Parliament Speaker Ali Larijani to summon Rouhani over the condition of Urmia Lake and ask him why the plan for revival of the lake is not implemented yet.

However, the parliament speaker “illegally” resisted to accept the MPs’ petition, according to Ghazipour.

Meanwhile the head of Iran’s Environment Protection Organization‎, has transparently announced the failure of revive plan due to financial problems, it seems that Rouhani administration continue to make positive statements and promises, satisfying locals without taking efficient but painful steps such as limiting water transmission from Jaghatu Chay river to Tabriz or the usage of the lake’s water share for agricultural purposes, or even changing cultivation models in the region.

No doubt that this approach cannot continue for a long time as they say “no one can serve two masters”. 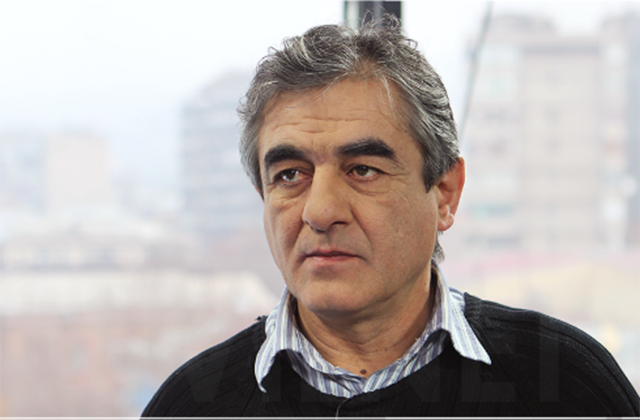 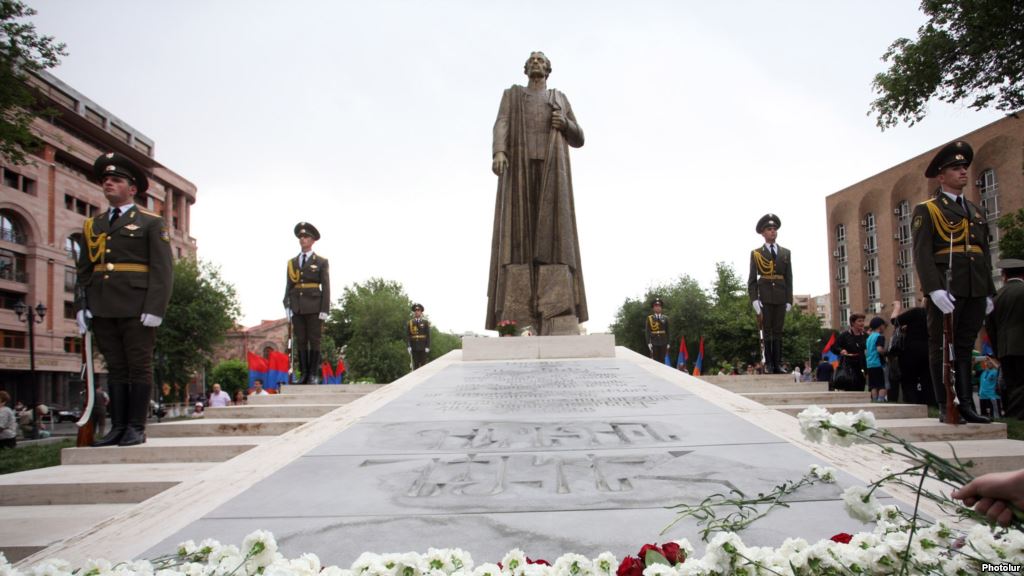