During the 1970s and 1980s, the Libyan regime of Muammar Qaddafi was Moscow’s ally in the Cold War against the West, and consequently it acquired many billions of dollars’ worth of Soviet weapons. In more recent years, President Vladimir Putin, the Russian Armed Forces and domestic arms producers have wanted to resume this lucrative relationship. Putin traveled to Libya in 2008 to write off several billion dollars of Soviet-era debt that the oil-rich country could, at that point, have easily repaid. And in exchange, Qaddafi promised to purchase more weapons as well as allow Russian companies to participate in Libyan oil and natural gas projects, build a railway between Tripoli and Benghazi, and join other lucrative deals (Kremlin.ru, April 17, 2008). All these hopes were dashed when Qaddafi was overthrown and eventually killed in a popular uprising in 2011 that was supported by Western countries. Putin and other top Russian officials are still extremely embittered by what they perceive as an act of Western treachery. Earlier this month (January 2020), Russian Foreign Minister Sergei Lavrov once again denounced the North Atlantic Treaty Organization (NATO) for having “shattered the Libyan state in 2011 in the course of a criminal and illegal intervention [sic]” (Izvestia, January 14, 2020).

Still, Moscow has continued to hope to return to Libya, which would require some semblance of a centralized government restored in Tripoli and an end to the protracted civil war. Moscow’s favorite local instrument to achieve both ends seems to be Libyan strongman Khalifa Haftar (76). The “field marshal” commands the Libyan National Army (LNA), which controls a large portion of the country’s east and, since April 2019, has been besieging the capital Tripoli—the main base of the United Nations–recognized Government of National Accord (GNA). Haftar has been in Moscow several times; and in January 2017, the Russian navy entertained him onboard the Admiral Kuznetsov carrier, off the Libyan coast. Numerous reports have pointed to a sizable force of Russian military contractors or mercenaries fighting for Haftar—soldiers and specialists with combat experience in the Donbas and Syrian conflicts, allegedly associated with the so-called Wagner Group private military company (PMC; in Russian, Chastniya Voennaya Companiya—ChVK). Putin has not denied their presence: “If there are Russians [fighting in Libya], they are not acting in the interest of the Russian state, and we do not finance them.” The Kremlin leader added, “There are many different mercenaries [in the conflict zone in Libya], and we know additional ones are being sent from the Idlib province of Syria.” According to Turkish President Recep Tayyip Erdoğan, who supports Haftar’s main Libyan opponent (Prime Minister Fayez al-Serraj, of the GNA), there are more than 2,000 Wagner fighters deployed in Libya (see EDM, January 21, 2020). Putin, in turn, implies that Turkey is sending Syrian opposition fighters from Idlib to join the GNA forces (Militarynews.ru, January 11, 2020).

Battle lines in Libya seem to be set: Egypt, the United Arab Emirates (UAE), Saudi Arabia, Jordan, Russia and France are backing Haftar; while Algiers, Turkey, Qatar and Italy support al-Serraj and the GNA. Washington has not apparently figured out on which side it is on in Libya, or it is not interested enough in the conflict to pick a side (Lenta.ru, January 14, 2020). As during the Cold War, kneejerk anti-Americanism is today a powerful decision-making factor in Moscow. But with the United States largely unengaged, Russia’s stand on Libya is muddled. Another decisive factor is Putin’s desire to bolster relations with Erdoğan and to avoid a situation in which Russians and Turks find themselves on opposing sides of a fight on the outskirts of Tripoli, even if by proxy.

At a summit with Erdoğan in Istanbul, on January 8, 2020, Putin worked out an indefinite ceasefire between the GNA and LNA, which was to commence on January 12 (Interfax, January 8, 2020). At the same summit, a ceasefire was declared for Idlib, Syria, were Russian and Turkish proxies are also facing off. After Istanbul, the Russian president launched a flurry of personal diplomatic activity by phoning Haftar’s closest allies—Abu Dhabi’s Crown Prince Mohammed bin Zayed and Egyptian President Abdel Fattah el-Sisi—to enlist their support for the announced Libyan ceasefire (Militarynews.ru, January 10, 11, 2020). Both Haftar and al-Serraj were summoned to Moscow on Sunday, January 13, to sign a permanent ceasefire agreement (Interfax, January 10, 2020). Though Putin publicly disavowed Wagner in Libya, claiming the PMC was acting on its own, GNA sources allege that the Russian contractors were given orders and promptly withdrew from frontline positions after the ceasefire was announced in Istanbul (Lenta.ru, January 11, 2020).

Moscow seriously pressed for a ceasefire in Libya. Both the GNA and LNA initially acquiesced, under pressure from top Russian and Turkish officials for Haftar and al-Serraj to come to Moscow and sign the prepared agreement. Al-Serraj refused to talk directly to Haftar, but he did sign the document before returning to Tripoli. Haftar asked for time to consider, but then left without signing, embarrassing Putin, who hoped for a major diplomatic triumph that would emphasize Russia’s increased standing in the Middle East. The Libyan warlord has had the upper hand in recent fighting and apparently wanted the ceasefire agreement to signal the GNA’s surrender; moreover, he never agreed to withdraw his forces from the outskirts of Tripoli. Erdoğan announced Turkey has done its part and now it was time for Putin to rein in Haftar. Despite even Kremlin-friendly Russian media outlets criticizing the “field marshal’s” obstinacy (Kommersant, January 19, 2020), the Ministry of Defense (always friendly to the LNA) issued a statement claiming that Haftar left Moscow for only a couple of days for consultation with allies but would be back to sign (Militarynews.ru, January 14, 2020). Yet, nothing of the sort happened, and the January 19 Berlin conference on Libya ended without any significant progress (see EDM, January 20, 2020). Again, the Moscow press blamed the “unpredictable” Haftar (Kommersant, January 20, 2020).

Putin’s personalized policy of close friendship with Erdoğan seems based on the assumption that it is possible to turn Turkey permanently away from the West and that this strategic goal is much more important than any petty gains to be made in Libya (or Syria). Putin is a modern-day Russian tsar of sorts, and foreign policy is the tsar’s domain; but many within the Russian military and diplomatic community do not believe it is actually possible to permanently turn Turkey. They are quietly trying to dissuade Putin or undermine his ill-advised political choices. The same seems to be true of Putin’s personalized friendship with Israeli Prime Minister Benjamin Netanyahu. Both policies are extremely fragile, dependent exclusively on personalities instead of institutions.
By: Pavel Felgenhauer

During the 1970s and 1980s, the Libyan regime of Muammar Qaddafi was Moscow’s ally in… 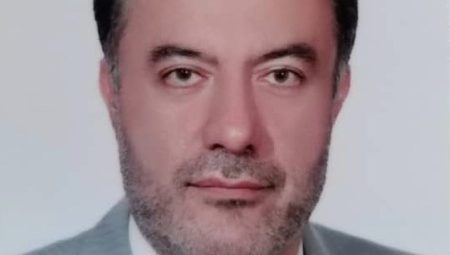 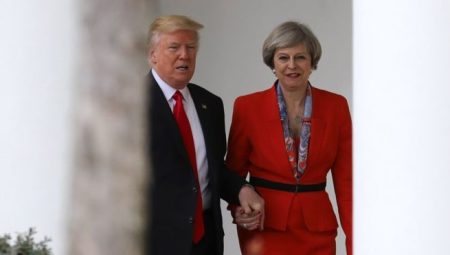 The New Anglo-Saxon Era: What Will Happen to Armenia?

The UK Prime Minister Theresa May has left for Washington to meet with Donald Trump….