Mediterranean gas resources are becoming increasingly attractive features of regional countries and trans-regional powers. With the arrival of the new year, developments in this area are only expected to accelerate. Countries in the region are seeking to extract and sell the gas resources of the Mediterranean Sea by creating regional alliances, but face certain challenges and limitations.
Given that the EU is one of the largest gas markets in the world, it is natural that this resource rich region is currently in the spotlight. In order to make gas exports to consumer markets more economically viable, accurate estimations of the target market’s annual consumption growth, along with the choice of a short and reliable route, is crucial. If the annual growth rate of consumption in the consumer market is lower than expected, the volume of gas purchased and the duration of the contract will lean in favor of the buyer.

THE EASTERN MEDITERRANEAN PIPELINE
Israel is one of the countries with the highest annual consumption of natural gas in the region. It had long been an importer of natural gas before discovering new sources. Most of Israel’s gas reserves are located in the massive Tamar and Leviathan fields. The Eastern Mediterranean (EastMed) gas pipeline will connect eastern Mediterranean gas to Western Europe. The agreement to build the pipeline was signed on January 2 during a ceremony in Athens. The agreement was signed by the leaders of Cyprus, Greece and Israel. The EastMed project is a 1,900-kilometer (1,180-mile) undersea pipeline designed to deliver Israeli natural gas to Europe by 2025.
Italy is set to be the largest single purchaser of the Israeli gas… but several other southern European countries stand to benefit from the project as well. The EastMed project was set into a framework of common interests by the European Union, and its feasibility was assessed by a Greek company… however, the results of the assessment have not been revealed. There have been arguments that the EastMed project is little more than propaganda, and that the project’s partners are simply trying to seek financial support from the US.

Exploration of hydrocarbon mines in the eastern Mediterranean has sparked a wave of struggle between energy bidders and has led to disputes between Cyprus and Turkey. The discovery of new gas reserves in the Mediterranean and in the economically exclusive regions of countries such as Israel has sparked a desire to export gas to nearby markets.

RUSSIA’S POSITION IN RELATION TO THE EASTMED PIPELINE
Russia is currently working on two projects, namely the TurkStream and the NordStream 2 pipelines, the first of which is scheduled to open this month. The US Senate recently sanctioned companies involved in the two projects in an attempt to prevent them from being realized or at least drive up costs. While Russian energy companies play an active role in the Mediterranean region, part of the country’s fleet is also present in the area.

Russia carefully monitors the region’s energy transmission projects with the goal of actively participating in energy exploration, extraction and transmission projects in the region. The EU market is Russia’s top priority. Russia is also seeking to boost LNG exports to Europe, and is unlikely to reduce its market share in the short term. Russia has not responded to the EastMed project directly as of yet.
Moscow intends to maintain its market share by applying a discount policy to European customers. Russia is taking advantage of all the tools necessary to maintain and increase its share of the European market while implementing a rebate policy by launching new gas transmission projects to the European market. Some energy experts believe that by applying a rebate policy to some European customers, Russia plans to increase the price of exported gas by increasing their dependence on its foreign policy in the future.

THE TURKSTREAM PIPELINE
Russia plays an active role in Turkey’s energy industry. Turkey’s dependence on Russian energy resources is expected to increase in the coming months with the launch of the TurkStream pipeline project. The project is estimated to cost up to $6 billion. The contract for the construction of the Pipeline was signed during Vladimir Putin’s trip to Turkey in 2016. The aim of Putin’s trip to Turkey was to attend the 23rd World Energy Congress in Istanbul. The capacity of the pipeline was set at 33 billion cubic meters. At the opening ceremony of the 23rd World Energy Congress, Erdogan considered Turkey to be the cheapest route for natural gas transportation in the region, adding that Turkey is determined to become a priority investment and a critical energy trading center.

Ali Özkök
@Ozkok_A
Putin is coming this week to Turkey to inaugurate the TurkStream pipeline.

Who are the other buyers of TurkStream gas from Russia:

TURKEY’S READINESS TO RECEIVE GAS THROUGH THE TURKSTREAM PIPELINE

Turkey plans to become a hub of energy trade in the long term and is currently fulfilling the necessary conditions. If Turkey can provide the necessary capital to build the infrastructure that is needed (refineries, natural gas storage facilities, etc.) and its energy market becomes fully privatized, one can expect progress in moving away from projects such as TurkStream. Turkey’s increasing dependence on Russian energy resources is a risk from a security and geopolitical point of view. Turkey can create a balance of energy imports from Russia by diversifying its energy supplies. Given the importance of energy to the Russian and Turkish governments, this could have an impact on the process of cooperation between the two sides, especially in regards to Syria.

PUTIN TO VISIT TURKEY
Russian President Vladimir Putin will be in Istanbul on January 8 for the launch of the TurkStream Pipeline project. Putin, together with Turkish President Recep Tayyip Erdogan, will participate in the opening ceremony. TurkStream will directly connect the huge natural gas reservoirs in Russia to Turkey’s natural gas distribution network. Turkey is creating a reliable energy source for South and South-East Europe. The underwater component of the pipeline consists of two parallel lines in the Black Sea.

CHALLENGES FOR THE EASTMED PROJECT

Some analysts believe that, in addition to the economic and technical challenges, the EastMed Pipeline could also get embroiled in legal issues in light of the Turkey-Libya maritime agreement… Israel is closely monitoring the situation. It should be noted that collaborating with Israel would imply collaborating with the US as well, since the Israeli and American companies extracting Leviathan gas are partners.
To avoid entering Turkish territorial waters, this needs to be done deep in the sea which would substantially increase costs. The longest and deepest open sea natural gas pipeline project in the world has from the very beginning been subject to technical and economic challenges as a result. In addition, parallel to the Turkish and Libyian maritime agreement, legal issues could also emerge because the project involves a pipeline that extends along a marine area which is subject to Turkish authority. At present, there are no major investors interested in the EastMed Pipeline Project in the first place: no financial association is ready to risk getting involved. Why are Israel, Greece and Cyprus signing on to the project despite knowing that they will not be able to find funding for it?

Dore Gold: The Turkish-Libyan Maritime Agreement and the Struggle over the Mediterranean
thelibyanreport.com

At present, EU natural gas reserves have reached their peak: they are at their highest level in five years. Meanwhile, the amount of gas imported via the pipeline from Algeria has reached its lowest level in recent years. The price of gas is also at a low level compared to previous years. At present, the average amount of LNG imported by the European Union has reached an average of 100 billion cubic meters annually. Another important point that would be of concern to any new project is the reduction in the Union’s annual consumption of natural gas.
The Eastern Mediterranean pipeline project cannot compete with the TurkStream project, a fact which will prevent any easy resolution of the project’s financial problems. The project is expected to hit the European market by January 2020, but the possibility of exporting gas from the Eastern Mediterranean region will only begin in 2025 if things proceed as planned. Continuing tensions in the Mediterranean Sea and failing to resolve financial problems along with the decrease in the annual European gas consumption growth are some of the challenges facing the project.

There is no current project pipeline project that could significantly threaten Russian gas exports to the European market. US LNG exports, and those of other producers, could reduce Russia’s share of the European market if they were actually competitive. It is worth noting that Russia has planned LNG exports as well. European countries need to invest in LNG facilities and consider the conditions necessary to import American LNG. In the meantime, the infrastructure and interconnecting pipelines must be built. 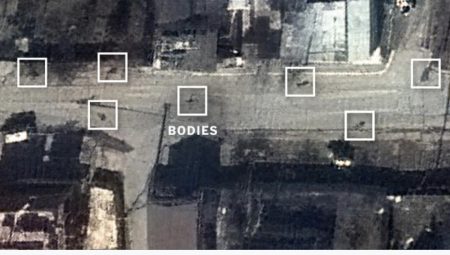 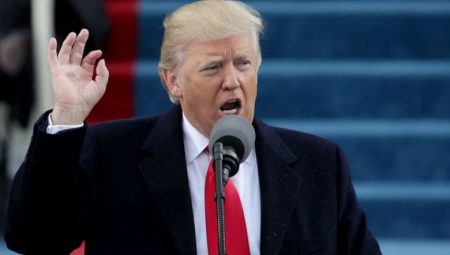 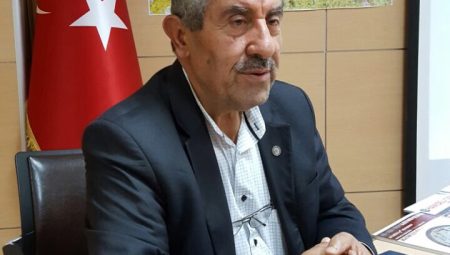