Artur Sakunts, Chairman of the Helsinki Citizens’ Assembly Vanadzor
Tendencies to restrict the areas of civil society activity in Republic of Armenia
The constitutional amendments process was launched by RA President’s decree on September 4,
2013, just on the day following Serzh Sargsyan’s unilateral decision that Republic of Armenia should
join the Customs Union and then the Eurasian Economic Union.
The drafting process of the constitutional amendments involved neither any political forces, nor the
civil society, and the term for submitting proposals on the already developed and officially published
draft was quite short, only 2 months (the draft was published in parts, the 1st part was published on
July 15, 2015, and the whole draft on August 20, 2015). And on August 21, 2015, the draft
constitutional amendments were submitted to the RA National Assembly and their discussion took 4
days, September 15-18, whereas the public debates lasted only 1 day.
In the controversial referendum of December 6, 2015, constitutional amendments were adopted and
the Republic of Armenia shifted to the parliamentary system of government.
Both the constitutional amendments campaign stage and the referendum day were accompanied by
numerous violations of the rights of the voters, initiatives against the constitutional amendments,
proxies, observers and mass media representatives, and the investigation into such violations failed to
ensure restoration of those rights and prevention of any further violations.
As a result of the amendments, a number of rights and freedoms were restricted.
In his 2nd term in office, Serzh Sargsyan suspended any possibility for change of power, and instead of
the principle of balance of powers, the party rule principle was enshrined by granting all the
levers of power to the stable political majority in the National Assembly.
By its ruling № 906 of September 7, 2010, the RA Constitutional Court recognized the competence of
NGOs to act in RA courts of law as proper plaintiffs of the public interest. However, not only was this
ruling not reflected to any extent in the constitutional amendments, but also is obviously ignored in
2
relevant draft laws, including the RA draft Law on Non-Governmental Organizations, which has
been in circulation for about 2 years.
The so-called new constitution also significantly reduced the constitutional mechanisms of human
rights protection (RA citizens may not lodge complaints to the Constitutional Court on the legal
regulations leading to the violation of a number of their fundamental social, economic and cultural
rights).
The constitution failed to provide for any accountability mechanisms for a number of state
institutions, especially law enforcement agencies, i.e. prosecutor’s office and investigative agencies,
which would make it possible for the public and the civil society to conduct effective oversight.
The Electoral Code adopted in May 2016 in a similar logic of reducing participation and civic
oversight significantly restricted the powers of independent observers and media representatives.
First of all, it set the number of observers and media representatives entitled to stay at polling
stations. Then, it set a requirement of accreditation for the media limiting the maximum number of
each mass medium representatives. At the same time, both for observing organizations and the mass
media, a requirement of 1-year’s experience in relevant activities was set which might obstruct the
presence of new media and NGOs. The new Electoral Code stipulates that an observer, proxy or
media representative may be removed from the polling station by ⅔ of the votes of the polling station
commission, which, of course, can be abused.
As for civil society involvement, the situation with the protection of the freedom of assembly is a
clear regress. Obviously, the failure to resolve issues through electoral processes or other legal ways
drives people to the streets. At the same time, obviously any means are applied to remove those
people from the streets, starting from pressure on individuals going as far as imprisonment and
financial penalties.
The comparison of the rates of 2014-2015 revealed that unlike the year of 2014 when the rate of
violations of the freedom of assembly made 29, in 2015 this rate already rose to 47. Likewise, the rate
of violence and illegal detentions by the police doubled. Thus, in 2014, 106 persons were
apprehended in relevance to assemblies; in 2015 this number rose to 488 and in the first 8 months of
2016 it already rose to 908.
It should be noted that the assemblies challenging the priority of Russian Federation in Armenia or
those perceived as such faced especially strong counteraction. At the same time, the Russian and pro- Russian media continued to breed hatred against the civil society, civic activists and particularly the
defenders of vulnerable groups.
3
Almost all the events occurring in Armenia were presented by Russia as manifestations of protests
against it. And the interventions have gone so far that I. Volinkin, Russian ambassador to RA, simply
stated, “All the NGOs acting against the Russian-Armenian friendship should be neutralized.”
The most recent obvious fact of oppression of the Armenian civil society was the ban imposed on
Stepan Grigoryan, Chairman of Center on Globalization and Regional Cooperation NGO, to enter
Russian Federation on August 30, 2016, which was an obviously illegal act.
Actually, the EEU had no positive influence on either the RA or its nationals in terms of both
internal and external security, social security and human rights protection. Moreover, the economic
crisis deepened, the poverty rate rose to 38%, and the police violence against peaceful rally
participants and protesters intensified. The tension in the conflict zone increased which culminated
in the hostilities of April 2-5, 2016.
Thus, we hereby state that the Eurasian direction chosen by the RA political leadership after
September 3, 2013 has led to increased risks to the civil society activity and restricted its areas and
opportunities. 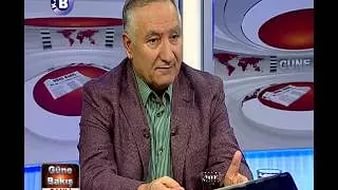