Secrets of the Four-Day Karabakh War

Secrets of the Four-Day Karabakh War

We have seen an unexpected war between Azerbaijan and Armenia in the Nagorno-Karabakh region between April 2nd-6th. This unexpected conflict has gone down in history as the “Four Day War.” The Armenian and Azeri chiefs of General Staff signed a ceasefire in Moscow on April 6th and the gunfire stopped. Following the ceasefire, it is necessary to look at the behind-the- scenes secrets of this clash.

After the dissolution of the Soviet Union, a crisis emerged due to the separatist tendencies of Karabakh Armenians and with the state of Armenia’s support this crisis turned into a war. The war started in 1991 and ended in 1994 with a ceasefire. This ceasefire between Armenia and Azerbaijan was signed in Nagorno-Karabakh area between the states. Even if the Madrid Principles—as suggested by the Organization for Security and Cooperation in Europe (OSCE)—had been acknowledged by the parties during the twenty-two years of ongoing peace negotiations, there was not an agreement on details of how it would work out.

What was needed in order to start the peace process as suggested in the “Gradual Solution” for Karabakh issue, was the Armenian withdrawal from the 5(+2) regions—Gubadli, Cevrayil, Ağdam, Fizuli and Kelbecer, Lacin—around Nagorno-Karabakh. Later, parties were expected to work on determining the status of Nagorno-Karabakh and reach an agreement. But the parties could not reach that phase. In the end, clashes that had been expected, erupted again.

Azerbaijan’s explanation of the April 2016 clash is because of the Armenian military provocations throughout the year. That is why Azerbaijan developed the strategy of reprisals with small scale operations (Controlled Conflicted Strategy) in Karabakh. But this time, a possibility for arousal of these small scale operations was possible. It was even possible for it to go out of control and to turn into a full scale war. The Azerbaijani army recaptured a few important positions in regions such as Seysulan, Leletepe and Talish around Karabakh.

Retreat of the Armenian army around Karabakh raised serious concerns within the central government. Thus, Armenia tried to recapture their positions by carrying out military operations because this type of loss of territory disturbs the governments both in Armenia and Karabakh and which also created fear. In fact these losses may even cause Sargsyan to lose power in Armenia. After the ceasefire, according to Armenian press, a Talish village was recaptured from the Azerbaijan army.

What is the reason behind all these military provocations?

One plausible answer would be as follows: Azerbaijan and Armenia put pressure on each other and therefore, provoking each other. Every time, before or after the meetings of presidents of the two countries, there have been small scale clashes. “Who started it first” line of questioning seems meaningless. Previously, a one-day conflict between Armenia and Azerbaijan took place on March 4. This conflict lasted only one day and ended with Russia’s pressure. Eventually with the initiative of Kremlin and Medvedev, presidents of Armenia and Azerbaijan signed a joint declaration resolving the conflict with peaceful means, on November 2, 2008.

Despite this, the conflict did not stop in Karabakh. This created an even more of a chance for this conflict to grow into a war. This time, Russian President Dmitry Medvedev gave a warning to both Ilham Aliyev and Serzh Sargsyan on August 5, 2011, reminding them of the lessons learned during the war of Georgia. Medvedev met with both leaders on January 23, 2012 and made them issue a joint declaration that they would find a peaceful solution to the problem. However, there was no real convergence. In 2015 there was more than 100 breaches of the ceasefire and twelve Azerbaijani soldiers were killed.

Who could be helping to create this conflict? President of Azerbaijan, Aliyev, who was in the security summit in the USA, has given the signals of successful meetings with US authorities about the Southern Gas Corridor. John Kerry clearly stated they support the Southern Gas Corridor and he also pointed out its importance when he met Aliyev. Aliyev also explained the importance of this support and conveyed his appreciation. For the success of the Southern Gas Corridor Project, stability in the region is extremely important. After all these successful meetings, why would they carry out military operations having negative effect on energy projects and cause instability in the region?

There may be two reasons: First, Azerbaijan’s worsening economy. Carrying out military operations may be a strategy of distracting the population from their real problems. Second, there may be an agreement between Azerbaijan and Russia that is forcing Armenia to make peace, which also has the effect of showing how powerful Russia can be. Azerbaijan’s Controlled Conflict operation is only possible by compromising with Russia. The main outcome is Moscow’s motivation to give Azerbaijan the green light to start a war. The real reason, needless to say, is to keep Azerbaijan by its side permanently. Thus, it may be better to think about the outcome of Azerbaijan’s green light.

It is hard to understand Armenia’s enthusiasm for these provocations, because maintaining status quo suits the Armenian government quite well. However, it should be noted that there has always has been a tendency to breach the ceasefire at the border. The actual reason of this tendency is to make the Nagorno-Karabakh government come to the table as a third party although it is not a recognized entity.

Another important issue is that, the negative effect of these small scale clashes between Azerbaijan and Armenia is not only related to the American energy projects. If Azerbaijan responds to the provocations of Armenians and fails to maintain a controlled war strategy or in other words, if the situation gets out of control and a full scale war starts; Moscow may put pressure on both sides to enforce a Russian Peacekeeping Force in Karabakh. That may be dangerous for both Armenia and Azerbaijan. By intervening in the Nagorno-Karabakh conflict in this way Russia would become more and more influential in the area. These three parties in Minsk Group (Armenia, Azerbaijan and Nagorno-Karabakh) would decline in importance in the region that is already under Russian influence, and would eventually become totally in the Kremlin’s control.

Following these developments, Russia has been increasingly active in solving the Nagorno-Karabakh problem between Azerbaijan and Armenia. After the Russian Minister of Foreign Affairs, Sergei Lavrov’s visit to Azerbaijan many important messages had been issued. The first message following Azerbaijan visit of Lavrov was the following: “Azerbaijan is not a member of Collective Security Treaty Organization and Eurasian Economic Union. I hope this can change.” The second: “As the status of Nagorno-Karabakh is determined, regions around the crisis zone may be given back to Azerbaijan.” It is known that Azerbaijan has always been against that kind of solution. Azerbaijan rather prefers gradual solution to the problem. These comments clearly have a purpose of assuring Azerbaijan’s membership to Collective Security Treaty Organization. After this guarantee is ensured, it is possible to proceed with the principles suggested to Azerbaijan and Armenia by Russia in Kazan in 2011. They will go back to a gradual solution with establishment of Russian peacekeepers. That is why Lavrov emphasized principles of solutions, in particular, suggested by Dmitry Medvedev.

August 8th of 2008, (8/8/2008) is a significant date as a reminder of Georgia example to Azerbaijan and Armenia (it is the date of placement of Russian peacekeeping forces in Abkhazia and Southern Ossetia). It is a process that Azerbaijan saw how Russia showed a “knee jerk reaction” against a small scale clash. Therefore, both countries should question whether Russian peacekeepers ensure permanent peace or not. Nagorno-Karabakh process should be brought back to the table together with OSCE Minsk members and it is necessary to be careful not to leave it to complete Russian control.
Orhan Gafarli

EtiketlerSecrets of the Four-Day Karabakh War 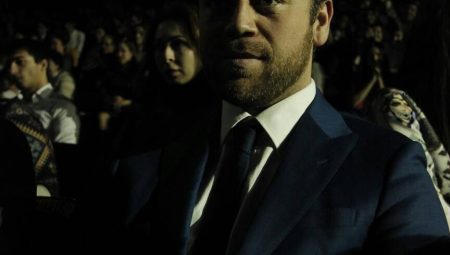 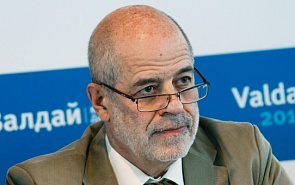