The murky disappearance of an Azerbaijani journalist from Tbilisi and his sudden reappearance in Baku have deepened concerns that Georgia, for all its reputation as a developing democracy, may, in fact, be helping its authoritarian neighbor, Azerbaijan, chase down self-exiled Azerbaijani dissidents.

On the evening of May 29, freelance reporter Afghan Mukhtarli was on his way to meet his wife Leyla Mustafayeva, another Azerbaijani journalist, in the Georgian capital, Tbilisi. Mustafayeva said that her husband last called her when he was just a few blocks away from the pair’s home in Tbilisi, but he never showed up. She called the police and raised alarm with the media. The Georgian police stated on May 30 that a full-scale search was underway for Mukhtarli, but, just a few hours later, news broke that the journalist was in a Baku prison.

Mustafayeva thinks that her husband was abducted by Azerbaijan’s secret services and forcibly taken across the Georgian-Azerbaijani border. “He was investigating [Azerbaijani President Ilham] Aliyev family’s business in Georgia,” she said at a press-conference.

Whether the Georgian authorities cooperated with any alleged special operation by Azerbaijan or whether Baku acted without their knowledge is unclear.

Amnesty International’s South Caucasus and Ukraine representative Levan Asatiani sees two possibilities. “One is that Azerbaijani special services kidnapped him from the center of Tbilisi and managed to take him across the border. The second is that Georgian law enforcement were involved in this,” Asatiani commented to Netgazeti.ge.

In comments to RFE/RL’s Georgian-language service, Mukhtarli’s Baku lawyer, Elchin Sadigov, later stated that his client claims that he was forced into a car in Tbilisi and taken, hooded, to the Azerbaijani border. Mukhtarli blames Georgia’s special services for the initial kidnapping, but Sadigov did not elaborate about the grounds for this accusation. After two car changes, Mukhtarli’s unseen escorts spoke in Azeri, he said.

The journalist, he continued, has been charged with illegally crossing the border and possession of contraband (10,000 euros). A hearing is scheduled for May 31 in Baku.

Whatever occurred, the case raises troubling questions about both the security of Georgia’s borders and, potentially, its own respect for international law.

The Georgian police have refused to elaborate beyond saying that an investigation into an alleged kidnapping is underway.

Either way, Mustafayeva blames Tbilisi for her husband’s fate. “It is the Georgian government’s responsibility to provide safety for people residing in this country,” she said.

Mukhtarli moved to Tbilisi in 2015 to escape reprisals for his work by the Aliyev government. With space for dissent continuously shrinking in Azerbaijan, many local journalists and activists have relocated to Georgia to continue their criticism of Azerbaijani President llham Aliyev’s government from the safety of what appeared a relatively liberal, Western-allied country.

But now they say that Tbilisi is caving in to pressure from Azerbaijan, the supplier of the vast majority of Georgia’s gas, and a critical investment partner.

The Georgian government recently has refused entry or residence to Azerbaijani dissidents in what appears an attempt to discourage them from using the country as a refuge or meeting place.

“We are all being politely told to leave the country,” said Ivadid Isgandarov, an Azerbaijani opposition politician who says he was refused political asylum in Georgia.

The pro-government Azerbaijani website Haqqin.az ripped into Georgia earlier this month for sheltering individuals at odds with the Aliyev administration. One critic mentioned in the article, Azerbaijani surgeon Farman Jeyranov, was arrested last week in Tbilisi.

The article also targeted Mukhtarli. His wife and friends claim he was repeatedly harassed and followed in Tbilisi by alleged Azerbaijani agents.

The Georgian police have not commented.
by Giorgi Lomsadze 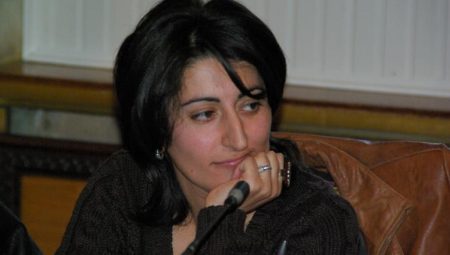