Over the past few months the Chief of Russia’s Gazprom, Aleksei Miller, and Georgia’s Energy Minister Kakha Kaladze have been negotiating an energy deal between the two countries. The main issues on Georgia’s agenda have been its diversification plans and increasing energy consumption. Meanwhile, Georgia has not yet ruled out importing gas from Iran. According to Alireza Kameli, the Head of the National Iranian Gas Export Company, Georgian public and private sectors were interested in buying Iranian gas and Georgia and Iran have reached a preliminary agreement on the transportation of 500 mcm of gas to Georgia via Armenia. Georgia denied the statement, claiming that the two countries have not come up with any tangible agreement.

The Iran-Armenia pipeline does not finish at the Armenian-Georgian border. Therefore, it would be necessary to connect it to the Russia-Armenia pipeline via Georgia. Thus, Iran or Georgia would need to construct a new interconnection, which would require at least a moderate financing. However, given Georgia’s limited consumption of gas (300-400 mcm/a), neither Iran, nor Georgia would be willing to invest in such an infrastructure. In case it happens, Georgia would still be dependent on Gazprom-operated pipelines in Armenia to import Iranian gas. The lack of interconnections with proper capacity between the two pipelines in Armenia, as well as the lack of will to invest in a new infrastructure and the obscurity of reverse flow from the Russia-Armenia pipeline, render this option unlikely. Even if there was a reverse flow capability for the transit of Iranian gas, Gazprom, which owns Armenia’s entire gas distribution network through its subsidiary Gazprom-Armenia, would not welcome this option because it would hamper Russian gas flow to Armenia. Moreover, the current “isolated status” of Armenia is in Russia’s interest, as it contributes to the continued dependency of the two.

Iran’s initial plans to construct a new pipeline to Georgia via Armenia and further to Europe has met a deadlock because of Gazprom’s ownership over Armenia’s entire energy sector and the impact of the economic sanctions on Iran. Furthermore, the relatively small gas consumption of Georgia does not economically justify the construction of a new pipeline from Meghri to Kvemo-Kartli, unless Iran plans to further deliver its gas to Europe. However, the diameter and throughput capacity of the pipeline would allow for sending 6-7 bcm/a of gas only, which is not a viable amount for Europe.

Moreover, the price of Iranian gas sent through Armenia would be increased by a transit fee, which would further affect the price of gas sold to Georgia. For instance, Turkey was paying $487 per 1000 m3 for Iranian gas even without a transit fee. As the Georgian Deputy Energy Minister Mariam Valishvili stated: “buying Iranian gas at this stage was not commercially viable for Georgia, as it is about 25 per cent more expensive.Some type of energy swap arrangements are not ruled out, but it is a long-term perspective”. Similarly the Energy Minister, Kakha Kaladze, said: “we can talk about the purchase of Iranian gas in the future only because of non-competitive price of Iranian gas”. Iran would be interested in delivering large volumes of gas to Europe via Turkey or in a liquefied form (LNG) to Asia’s lucrative markets. Therefore, the chances that Georgia will receive Iranian gas through Armenia are rather low.

However, it is possible to deliver Iranian gas to Georgia via Azerbaijan, since there is an operational infrastructure on the ground with a potentially scalable capacity. Iranian gas can be delivered to Azerbaijan via the Iran-Azerbaijan pipeline in a reverse flow and become connected with the South Caucasus Pipeline; there is an interconnector with 400,000 m3 capacity and a Gazimohammed-Bind Biand transport pipeline with 5 mcm capacity.

Russia and Iran have been discussing the swap of natural gas. Russia could benefit from the transit status of Azerbaijan by supplying natural gas to the north of Iran and in exchange, transporting LNG from the south of Iran to Asian countries. The swap would enable Russia to enter new markets of Pakistan and Iran. The transit via Azerbaijan would be beneficial to both Russia and Iran and preferable to the transit via Armenia. In case of the supply of Russian gas to Iran via Armenia, Russia would have to deal with Georgia – the first transit country, unlike in the case of the transit via Azerbaijan. Moreover, the capacity of Gazimagomed-Astara-Bind-Biand pipeline is substantially greater than the capacity of the Russia-Armenia and Iran-Armenia pipelines.

Nevertheless, it is likely that Russia would choose the Armenian route, as the involvement of Georgia in the Russia-Armenia-Iran axis, would hinder the Azerbaijan-Georgia-Turkey partnership. It will be also in Armenia’s interest if Azerbaijan-Georgia relationship weakens. The quadrilateral chain of Russia-Georgia-Armenia-Iran energy relations would be a long-awaited blessing for Armenia, given its longstanding isolation by both Turkey and Azerbaijan, due to the country’s occupation of Azerbaijan’s territories.

Ilgar Gurbanov is an Advisor in the Baku-based Centre for Strategic Studies. He holds an MA degree in EU International Relations and Diplomacy Studies from the College of Europe (Belgium). 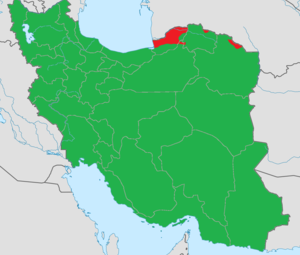 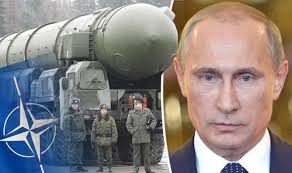 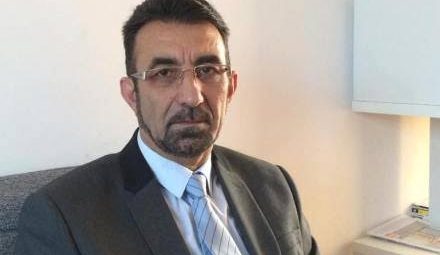