Turkish President Recep Tayyip Erdoğan met with his Russian counterpart, President Vladimir Putin, at the G20 summit, held in Hamburg, Germany, on July 8. Their conversation during the meeting encompassed two main themes: First, the two leaders discussed issues related to the economy, military and energy, and the second major topic pertained to negotiations on the regional issues encompassing Syria, Iraq and the Gulf Crisis (NTV, July 8).

Over the past three to four months, Turkey and Russia have taken serious steps to bolster their bilateral relations as well as extend their cooperation on resolving regional problems. This progress truly kicked off in earnest on May 3, after Erdoğan’s meeting with Putin in Sochi. After this visit, Turkey’s relationship with Russia progressed significantly in three directions.

Second, Russia eliminated its sanction on Turkey, which Moscow had adopted following Turkey’s downing of a Russian Su-24 bomber that crossed into Turkish airspace from Syria. Most of those restrictions on Turkish products were lifted within a month of the two leaders’ meeting in Sochi. The decree signed by Russian Prime Minister Dmitry Medvedev, on June 2, dropped Moscow’s ban on Turkish vegetables and fruit other than tomatoes, while also lifting restrictions on Turkish companies to carry out construction work in Russia (Sabah, June 2). On the other hand, it should be emphasized that Moscow did not ease the visa application process for Turkish businessmen and citizens.

Third, Putin and Erdoğan’s discussion on military cooperation culminated in Turkey’s purchase of the advanced S-400 Triumf long-range, anti-air missile system from Russia. According to initial reports, Russia quoted a price of $500 million for the missile system (RBC, May 5). But throughout June, the Turkish media continued to probe the details of the S-400 sale. Nuri Alibol wrote in his column for Türkiye Gazetesi that “Russia and Turkey agreed on a two-battery system with 240 missiles as well as search-detection-tracking and guidance radars for $2.5 billion.” Importantly, the arms deal includes a technology-transfer component: Turkey and Russia will jointly produce the second of the two purchased S-400 batteries (Türkiye Gazetesi, June 9). Putin’s military defense advisor, Vladimir Kojin, stated, on June 29, that the parties agreed on the sale of the S-400 and there was also a talk about Ankara opening a line of credit for this purpose. If this agreement is implemented as planned, Turkey will be the first North Atlantic Treaty Organization (NATO) member to integrate the S-400 into its defense system (Milliyet, June 29).

At the same time, Turkish-Russian negotiations have been ongoing regarding a possible agreement over the issue of Kurds in Syria’s Afrin region—namely, the Kurdish People’s Protection Units (YPG) and the Democratic Union Party (PYD), a group with links to the Turkish-based terrorist organization Kurdistan Worker’s Party (PKK). On June 18, during the operation around Raqqa by the United States–led coalition forces, an Su-22 fighter-bomber flown by the Syrian regime was shot out of the sky by a US F/A-18 Super Hornet. This greatly disturbed the Russian government, particularly because the shoot-down of the Syrian aircraft was allegedly requested by PYD/YPG forces fighting on the ground. At that time, the Syrian forces loyal to President Bashar al-Assad were seeking to halt the expansion of the PYD/YPG around Raqqa (Milliyet, June 19). A week or so later, an incident erupted between the YPG and Turkish-backed forces operating in northern Syria. Consequently, the Turkish Armed Forces fired on Kurdish PYD/YPG rebel targets in the Afrin region, close to the Turkish border. Conspicuously, Moscow stayed silent regarding Turkey’s attack (Reuters, June 28), suggesting the Russian government wants to push the PYD/YPG and other armed groups in Afrin to cooperate with al-Assad and submit to the regime in Damascus (Star, July 3). After the clashes between Turkey and the YPG in Afrin, PYD leader Salih Müslim made a statement, in Kobani, that he is ready to cooperate with Russia (Akşam, June 28).

Until recently, the Syrian Kurdish issue seriously divided Moscow and Ankara (see EDM, February 15). Two main reasons explain why these governments have now moved much closer together when it comes to the Kurds in Syria. First, both Ankara and Moscow oppose the formation of a Kurdish-controlled land corridor between Kobani and Afrin. And second, Russia and Turkey are deeply concerned about military cooperation between the Pentagon and the PYD/YPG: Russia does not want to lose its influence over the Kurds, while Turkey does not want to see an autonomous PYD/YPG entity on its border with Syria.

The process to reestablish relations between Russia and Turkey, first launched on August 9, 2016, continues to this day. The two sides are increasingly pushing to improve bilateral relations as well as looking to find common ground when it comes to addressing regional issues. It is important to note a difference in approach between Moscow and Ankara, however. While Turkey wants to deal with bilateral and regional issues separately, Russia tends to view the full spectrum of its relations with Turkey as one interconnected whole. This divergence in expectations when it comes to their relationship has somewhat slowed progress on the Russian-Turkish rapprochement. Yet, for now, common interests continue to push the two countries closer together. 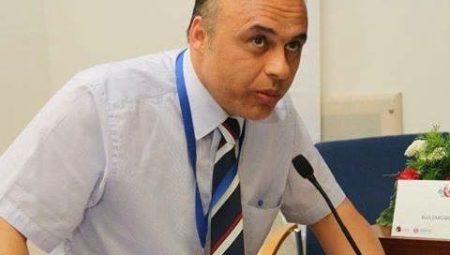