Georgia: Controversy Swirls Over State’s Use of Informants at University

Georgia: Controversy Swirls Over State’s Use of Informants at University

A claim that Georgian authorities snooped on students at the country’s oldest and most prestigious higher educational institution is stirring controversy over the depth of the government’s commitment to citizens’ right to privacy.

The controversy erupted in early March after a group of students at Tbilisi State University (TSU) demanded the removal of so-called “odeerebi” – the plural Georgian rendition of the Russian acronym ОДР or “офицер действующего резерва” (Active Reserve Officer). Aside from individuals in the university administration, the student protesters also targeted a doctoral student at another university as an alleged collaborator.

During the Soviet era, ODRs acted as informants for the KGB, and were an integral part of the communist system’s efforts to keep tabs on citizens’ thoughts and activities. Planted in various bodies, they spied on co-workers and others to track opinions and neutralize any potential opposition to government policies.

Evidently, the use of informants did not disappear with the Soviet Union. “Yes, it’s indecent to eavesdrop on people, but if it’s in the state’s interests, it is [justifiable],” said Gen. Anzor Maisuradze, 78, a former KGB officer who served as a Georgian state security minister under the late President Zviad Gamsakhurdia.

Once a senior English instructor at Tbilisi State University, Maisuradze believes it is justifiable for the state to infiltrate universities for counter-intelligence purposes. “If a secret agent arrives, claiming to be a professor, should he not be followed?” he asked.

Certain officials and pro-government politicians appear to agree, but many university students and human rights groups think differently. For them, using informants in a higher educational institution is “absolutely” unacceptable in a state that claims to be a democracy.

“That would thwart the autonomy of universities, as well as the possibility of students protesting or forming critical opinions,” asserted human rights lawyer Sopho Verdzeuli, a program director at the non-profit Human Rights Education and Monitoring Centre.

Tbilisi State University Rector Vladimer Papava appeared to agree. In a surprise move, he confirmed the existence of such agents at the university, including even the deputy head of the school’s administration, Iva Kavsdaze.

“It’s time to free the university from that,” he said during a televised March 7 discussion with protesters.

Georgia’s security service maintains that no snoops have been dispatched to public universities since parliament overhauled the intelligence system last August.

The reform separated the security and intelligence agencies from the Interior Ministry, and set up a super body, the State Security Service, that handles counter-terrorism, counter-intelligence and anti-corruption tasks, as well as special operations and eavesdropping.

Parliament debated what to do with the ODRs at the time of the reform, with MPs from both the opposition and the governing Georgian Dream coalition decrying the surveillance system as a Soviet leftover. But the reforms’ initiator, the Interior Ministry, lobbied to keep the system intact.

A list of 25 organizations and strategic entities with supposedly high security risks, including airports, the national railway, ministries and large-city governments, now can voluntarily sign contracts with the State Security Service for use of a so-called security officer. Educational institutions are not on the list.

That does not provide reassurance. Civil rights activities have concerns over the lack of information about what happened to previous ODRs believed to have worked in city governments, Georgian Public Broadcasting, and National Communications Commission, among other sites.

Fourteen non-governmental organizations have asked parliament to create an investigative commission to examine the ODR phenomenon and possible ways of reform.

Raising questions about the use of informants can carry consequence. Though he was the first university rector to acknowledge that his institution contained ODRs, Papava, who was elected by TSU’s 12-member Academic Council, resigned on March 30 after another group of students called for his ouster for having “sheltered” the agents.

Security policy analyst Vakhtang Maisaia, a former North Atlantic Treaty Organization envoy, sees another cause. “I have a suspicion that Papava fell victim to his revelation,” he said in an interview with EurasiaNet.org. “It was a heroic act.”

Papava declined to comment to EurasiaNet.org. But in an April 18 interview with the weekly Kviris Palitra, he claimed that the decision had been his alone, and intended to prevent further tensions. He suggested that the security service had cooked up the TSU protests, which essentially shut down the university, in a bid to remove him from office over his opposition to a business scheme favored by the government. The Economy Ministry characterized Papava’s claim as a lie.

These developments have added to growing public suspicions about how the government views privacy. Although the government has condemned the recent online publication of sex videos smearing certain opposition politicians, ordinary Georgians increasingly believe that the government, for all its democratic declarations, is invading citizens’ privacy.

A senior member of the ruling Georgian Dream coalition downplayed such concerns. Irakli Sesiashvili, the chair of parliament’s Defense and Security Committee, insisted that universities face “certain security risks,” including from the Islamic State terrorist group. In a March 12 interview with Imedi TV, he insisted that Georgian students were vulnerable since many foreigners study at TSU.

Levan Izoria, the deputy head of the State Security Service, shares that outlook, expressing interest in figuring out the “goals, specific plans, and intentions” of students who come to Georgia from countries where terrorists are known to be active. He was apparently referring to Iraqis, an increasingly visible community in Tbilisi.

Human rights groups and students alike have criticized such statements for profiling and “marginalizing” certain groups.

Genuine reform in the area of state surveillance has “yet to start,” asserted Maisaia, who was imprisoned under ex-President Mikheil Saakashvili for alleged espionage for Russia. The presence of informants at a state-run Georgian university, he said, “has illustrated that we still have a Soviet-style security service.”

The campaign against ODRs will continue, one member of the Georgian Dream coalition, MP Tamar Kordzaia, asserted to Georgian Public Television. “This equals a fight against the Soviet past,” she said. 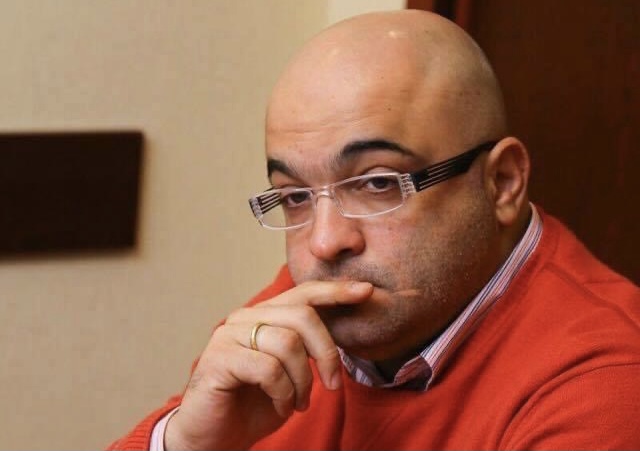