Families With Many Children in the South Caucasus

There always have been and will be large families in all three republics of the South Caucasus. During the Soviet period in these republics, having five, six, or even more children was considered an absolute norm.

Moreover, mothers who had more than 10 children received the medal and title of “Mother Heroine” – the award was established by the decree of the Presidium of the Supreme Soviet of the USSR on July 8, 1944.

38-year-old Pelagia Gvaradze is the mother of six children. They became refugees as a result of the 2008 Russian-Georgian war, and moved to Zemo Nikozi village. Initially, the state gave them a small cottage, but the large family felt themselves cramped there, and Pelagia had to move to her parent’s home.

“My husband is unemployed, and I work as a cook in a kindergarten. It is difficult to raise six children when your salary is 160 lari a month (approximately $65). Per year I get 200 GEL (approximately $83) for each child from the state. Since we are refugees, our family also receives monthly financial support of 320 GEL (approximately $133). This is the budget we have to use to keep up our large family. And we do not have any discounts for utility bills or any other services”, Pelagia says.

Deputy Ombudsman Ekaterina Skhiladze spoke to us about the main problems of families with many children in Georgia.

“In Georgia, on the legislative level, there is no definition of a “large family.” Thus, there is still no accurate statistical data. We get this data only from the Ministry of Justice and only when a woman gives birth to a third or subsequent child. For example, in 2015 alone, 11,778 women were registered as having given birth to a third and subsequent child. But we do not know the real scale of the matter”, says Skhiladze.

Ekaterina Skhiladze adds that due to the fact that the status for mothers who have many children is not defined, the state does not take any measures to provide them with assistance and protection.

“Everything is decided at the municipal level, and the assistance of municipalities is fragmentary. Each municipality prepares programs at its own discretion. Various NGOs in Georgia, as well as trade unions, lobbied for this issue in the Georgian parliament, but we never saw effective steps”, the expert said.

Ekaterina Shiladze also stressed that one of the main problems is the social and economic situation of these large families.

“Especially in high-altitude regions, in villages where social and economic life is already difficult, things can be very hard indeed”, concluded Shiladze.

The Institute for the Development of Freedom of Information (IDFI) conducted a study in 2016 on “Family Support Policy – the countries of the European Union and Georgia.” The authors of the research, Nino Tsukhishvili and Goga Tushurashvili, say that according to documentation received from local municipalities, it is clear that there are different standards of support to large families throughout the country.

“The amount of financial assistance is also different. In those municipalities where assistance is granted for each child, it can be from 10 to 50 lari. And, for example, in the city of Poti, assistance is provided monthly for the whole family”, the IDFI report says.

According to the IDFI, large families in different municipalities are provided with discounts for utility expenses, tuition fees at state universities and sports schools.

Religious factors play an important role in the motivation of families. The Catholicos-Patriarch of All Georgia, Ilia II, appropriated the title of “selfless parents” to families with six or more children. Since 2014 on May 17 in Georgia, on the initiative of the church, the Day of Solidarity and Holiness of the Family is celebrated.

41-year-old Hripsime Serobyan has six children, two of whom are already adults. They live 35 kilometers away from Yerevan, in the Armavir region.

“I will not say that [our life] is easy, but we live not worse than others. I don’t work. The whole burden lies on my husband and on our eldest son. They carry out agricultural work for hire, work on our land. If the harvest is good, the income is enough”, says Hripsime.

The family lives in a one-room house. The house is divided into two parts with a curtain-partition, on one side the boys sleep, and on the other – the girls. Nearby there is a stone annex building, which simultaneously serves as a living room, a kitchen and a bathroom.

“Somehow we make ends meet. But, I think, the state should somehow help families like us. The state can provide construction materials to build at least some kind of extension, improve the communal conditions for such families. But mothers with many children, apart from the maternity allowance from the state, are not provided with anything else”, says Hripsime.

Head of the People’s Statistics Department at the Ministry of Social Welfare Vanik Babajanyan notes that after the collapse of the Soviet Union, most privileges and social support for large families disappeared.

“Today, we can see only two functioning remnants of [that] legal system. First, every year, the government reviews the issuing of benefits to large families, according to which allowances are given for low-income families with many children to the amount of 6,500-8,000 drams per child. This amount is also determined by location. The second is related to the healthcare sphere, children from these families are given appropriate discounts”, says Vanik Babajanyan.

In Armenia, the majority of large families, like the Serobyan family, live in poverty. According to the Ministry of Social Security, 6363 out of 7394 large families receive large family benefits.

Chairwoman of NGO “Integration of support for mothers with many children” Margarita Hakobyan is the mother of five sons. She believes that the benefits given by the state to low-income families with many children can not improve their low social position. Therefore, they often continue to give birth to more children in order to receive these benefits.
According to Margarita Hovsepyan, the state should help such families not with money, but with work so that they can earn their living.

“Let them get a proper education, provide them with equipment, loans with low interest,” says Margarita Hovsepyan.

Currently, the Ministry of Social Security is drafting a bill on “Large Families,” which will soon be submitted to the government for consideration.

Vanik Babajanyan notes that the new law provides for large families with new changes that will have a positive impact on their well-being.

“According to the new law, these families will be provided with work so that they can be self-sufficient and do not depend on benefits”, says Vanik Babajanyan.

The Yusupovs live in the Masalli region, in the south of Azerbaijan, where statistics show that families are having the most kids of anywhere else in the country.

The Yusupovs themselves have five children: four girls and one boy. The father of the family, Nurullah, did not receive an education and is now unemployed. He says that the family lives solely on the money earned from the land and thanks to social benefits issued by the state.

“Our family is saved by the fact that most of what we need we receive from the land. If we were to live in the city, it would be much harder, says Nurullah.

Lawyer Fariz Namazli says that according to the law, families in Azerbaijan with five or more children are considered to be ‘large families’.

According to the law of Azerbaijan “On social benefits”, mothers of large families are paid a social allowance to the amount of 30 manat (approximately $18) per child. These benefits are paid monthly until the child is 18 years old. But the subsistence minimum for a child for 2016 is set at 117 manats (approximately $68).

According to the deputy chairman of the parliamentary commission for social policy, MP Musa Guliyev, large families are allocated social benefits in accordance with the established benefits.

If the family income is less than the subsistence level, they can be given targeted social assistance. In addition, children of large families can receive school uniforms and school supplies free of charge. Also, after the construction of social houses, which began in the country on the President’s decree in 2016, such families can apply for housing benefits.

The MP earlier proposed in parliament that families with many children be given large plots of land in order to build houses in order to make them more self-sufficient.

In 2014, the country’s parliament was expected to sign a bill on “Social Benefits,” providing benefits to mothers who have more than five children, but the Milli Mejlis (National Parliament) refused to bring it up for discussion, citing the fact that currently there are few large families in Azerbaijan.

Etiketler: Families With Many Children in the South Caucasus
Benzer İçerikler 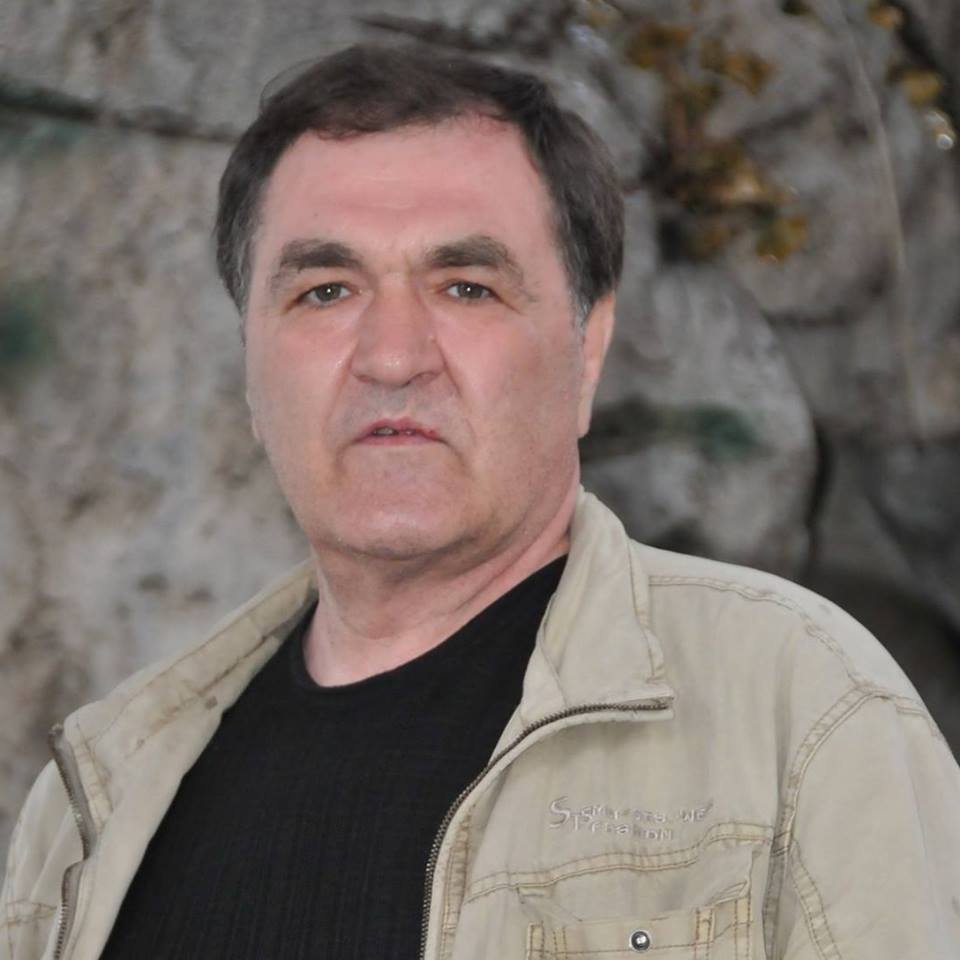 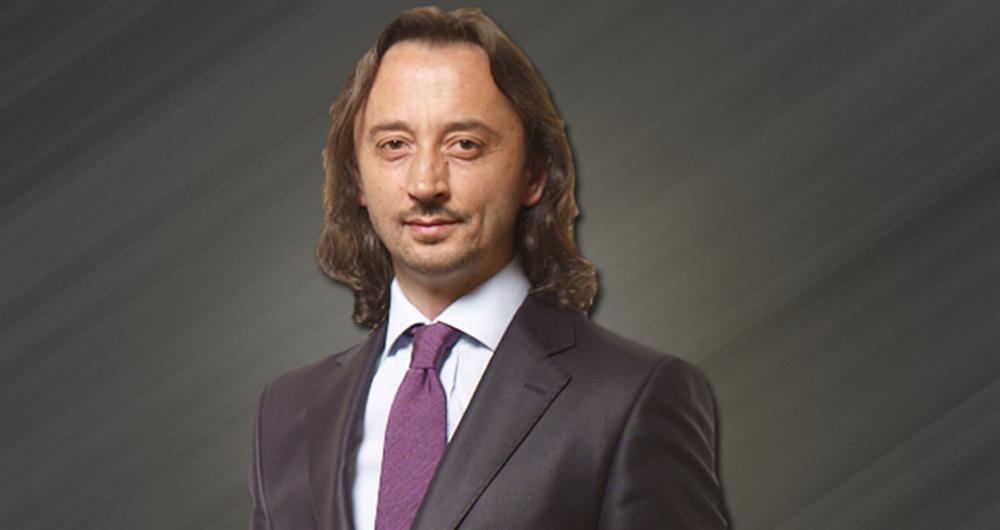