The unprecedented escalation of violence, in April 2016, on the Line of Contact in the breakaway region of Karabakh had, in part, kick-started a new round of military preparations between Armenia and Azerbaijan (see EDM, April 6, May 5, 2016). But as bloody incidents along the Armenia-Azerbaijan state border and in Karabakh have intensified, another historically contested region—Nakhchivan—may yet re-emerge as an additional sore point between Yerevan and Baku. With everyday stresses there significantly less intense compared to Karabakh, the Nakhchivan dimension of the Armenia-Azerbaijan conflict is often downplayed by many security experts.

Nakhchivan once had a mixed population of about 60 percent and 40 percent Azerbaijanis and Armenians, respectively. Thus, together with Karabakh, Nakhchivan has been the subject of Armenian-Azerbaijani contestation dating back to the second decade of the 20th century. And in recent months, politico-military activities in and surrounding the Nakhchivan Autonomous Republic are steadily triggering a resurgence of the nearly hundred-year-old contest over this 2,100-square-mile landlocked exclave, sandwiched almost entirely between Armenia and Iran.

On June 12, Azerbaijan and Turkey launched a joint, large-scale military tactical exercise in Nakhchivan (Anadolu, June 12). These exercises—aimed at developing bilateral interoperability—featured both offensive and defensive combat operations and involved about 5,000 personnel, 250 armed vehicles, as well as 500 other military vehicles and combat helicopters (Apa.az, June 16). This is the third such joint exercise in Nakhchivan since 2012.

Azerbaijan’s most steadfast security partner, Turkey, is linked to Nakhchivan via a roughly 12-kilometer-long borderline. The two countries’ strategic relationship in the security sector is regulated by the Agreement on Strategic Cooperation and Mutual Support, adopted in 2010. Because of this treaty, Azerbaijan relies heavily on Turkey’s firm willingness to assist in cementing Nakhchivan’s defensibility and resilience (Haqqin.az, June 19). But for Yerevan, any such activities pertaining to the Azerbaijani exclave represent a growing security threat evolving in Armenia’s strategic rear. Therefore, politico-military developments in Nakhchivan, like last June’s joint military maneuvers, have been particularly irritating to Yerevan, whose security outlook is strongly shaped by historical experience.

The Ankara-Baku alliance presumes that the Turkish military can be deployed to Azerbaijan in a crisis. However, Armenian diplomats have repeatedly asserted that this is not legally applicable to the Nakhchivan exclave, invoking stipulations found in the October 1921 Treaty of Kars (News.am, April 18). Yerevan argues that this Russo-Turkish accord, along with the earlier Treaty of Moscow (March 1921, also between Soviet Russia and Turkey), in fact illegally drew the borders of Armenia, Azerbaijan and Georgia without the consent of the three newly Bolshevik-occupied nations. So although Nakhchivan is today internationally recognized as part of Azerbaijan, Armenian society continues to view this region as an inherent part of Armenian cultural and historical heritage—much like Karabakh. This sense prevails despite repeated cases of destruction of Armenian cultural heritage sites in Nakhchivan since 2001 (PanArmenian, March 3, 2014).

Armenian diplomat Arman Navasardyan has been urging Yerevan to take a much more hardline stance when it comes to Nakhchivan. In particular, he has suggested trying to draw the United States’ attention to the growing Turkish-Azerbaijani military activities at Armenia’s backdoor. According to Navasardyan, “Armenia ought to recalibrate its military-strategic posture vis-à-vis Nakhchivan’s current role” in the regional security environment (168.am, April 28). More recently, in a conversation with this author, former Armenian ambassador to Canada Ara Papyan stressed the importance of “fostering a foreign policy agenda in an effort to attain certain recognition of Armenia’s legitimate political rights regarding Nakhchivan.” In a bid to question the legitimacy of the two aforementioned early 20th century Russo-Turkish treaties, some Armenian politicians and diplomats assert that “prior to the illegal Russo-Turkish accords, the British, while evacuating [their forces] from the Caucasus in 1919 [following the end of World War I], ceded Nakhchivan to Armenia—an Entente ally” (Author’s interview, July 17).

While military clashes between Yerevan and Baku have tended to cluster mainly around Karabakh, the Nakhchivan segment of the Armenia-Azerbaijan state border has remained unpredictable and fraught with explosive potential. Periodic skirmishes around Nakhchivan are nothing new. Notably, clashes erupted there in 2014–2015, leaving at least four Armenian soldiers dead (RFE/RL, June 6, 2014; 1in.am, June 27, 2015). In retaliation, the Armenian side reportedly succeeded in entrenching itself in nearby high ground, thereby attaining strategic positional advantage overlooking Nakhchivan City. As a result, Armenian Armed Forces gained the ability to directly observe as much 50 percent of the autonomous republic’s territory (Horizon Weekly, July 27, 2015).

A distance of only 50 km separates Yerevan’s suburbs from Nakhchivan, enabling Azerbaijani rocket artillery stationed there to reach the Armenian capital. Further concern for Armenia stems from the fact that a strategic highway that connects the north of the country with its southern provinces in some parts passes particularly close to the border with Nakhchivan. A military encroachment on this important but vulnerable artery by Azerbaijani forces could seriously interrupt Armenia’s physical connection with its amicable southern neighbor—Iran. Moreover, this would leave exposed the western flank of the de facto “Republic of Artsakh” (the self-proclaimed official name of the separatist Nagorno-Karabakh Republic).

Since the ceasefire regime established in Karabakh in 1994–1995, the Nakhchivan region has undergone a strategic transformation—from a defensive stronghold to a formidable bridgehead from which locally stationed, self-sufficient military forces could conduct a variety of combat operations. In late 2013, Azerbaijani President Ilham Aliyev established the Nakhchivan Separate Army on the basis of the Fifth Army Corps (Trend, December 20, 2013). Azerbaijan further massed its forces in the region by adding two newly formed infantry units and boosting the rocket artillery arsenal. The newly formed artillery brigade service is equipped with Turkish-manufactured T-300 Kasirga (180 km range), T-122 Sakarya (40 km range) and Russian-supplied 9K58 Smerch (60–90 km range) multiple rocket launchers. To counter this threat, Armenia retains two Army Corps with two rocket artillery brigades, tank units and up to five Motorized Infantry Regiments stationed all along the perimeter of the Azerbaijani exclave (Regnum, January 14).

Nakhchivan represents an “Achilles Heel” for both Armenia and Azerbaijan. And the dynamic security environment around this exclave turns the region into a potential “powder keg” where a new stage of fighting could erupt. Therefore, the Organization for Security and Cooperation in Europe’s (OSCE) Minsk Group—charged with resolving Armenia and Azerbaijan’s standoff over Karabakh—should not lose sight of the two countries’ mounting tensions over the frequently overlooked Nakhchivan.
By: Eduard Abrahamyan
https://jamestown.org/program/armenia-and-azerbaijans-evolving-implicit-rivalry-over-nakhchivan/ 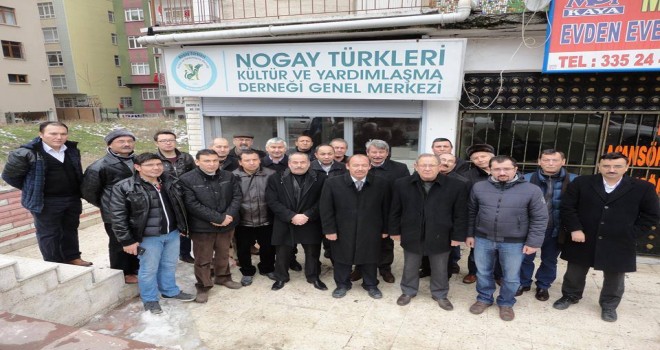