Russia – GCC Relations After the Signing of the JCPOA with Iran

Anatol Lieven: Calling Putin a ‘killer’ with ‘no soul’ is not exactly diplomatic finesse

The Biden administration has created an completely unnecessary confrontation with Russia at a time when reasonable working relations with Moscow are extremely important for achieving two immediate and key administration goals: rejoining the nuclear agreement with Iran, and a peace settlement in Afghanistan facilitating U.S. military withdrawal from that country and an end to America’s longest war.

The administration approach combines many of the errors committed by Washington officials, politicians, and the media in recent years. First, you have an intelligence report based on evidence that the public cannot see stating that it is “likely” that the Russian government ordered attempts to influence the elections. This report is then turned by the administration and much of the media into an absolute certainty. In a recent ABC News interview, Biden says Putin will “pay a price” for what the report says his government has done. As usual, the issue is personalized by attributing the decision to Putin himself, and the U.S. statement is accompanied by gratuitously insulting language which is likely to offend even many Russian opponents of Putin. Does nobody remember the advice of Teddy Roosevelt — hardly a weakling on U.S. security — to speak softly and carry a big stick?

President Biden’s public description of President Putin as a “killer” and having “no soul” in that interview recalls what has been described as the “anti-diplomacy” of President Trump and elements of the George W. Bush administration — a seemingly willful determination to worsen relations with other states; but this is from an administration that was supposed to restore dignity and decorum to the conduct of U.S. foreign relations.

It may be true that Putin is “a killer” but let us remember just how many actual or potential American allies today this term could be applied to. But above all, how does hurling personal insults serve the interests of the American state and people? Even more dangerous is the extraordinary blindness and lack of self-awareness — a lack so profound that it goes beyond the term “hypocrisy” — in Washington condemning other countries for trying to influence U.S. politics and launching retaliation against them.

Nobody is suggesting that Russia tried to hack into the election computers to change the result, leaked U.S. state secrets, or did anything that can really be claimed to have seriously affected the outcome — unlike, for example, the work of American advisers on the ground in Russia in backing the Yeltsin government in the 1990s.

In essence (assuming that the allegations are true), Russia did what thousands of Washington lobbyists are paid to spend their lives doing (perfectly legally): influence U.S. politicians, media and policies in favor of particular foreign governments.

Above all, successive U.S. administrations have backed huge influence operations in Russia (and Iran, China and elsewhere) openly intended to weaken the existing government and strengthen the opposition. This has sometimes been conducted by diplomats like Ambassador Michael McFaul, whether openly or off the record. It has been conducted continuously and openly by congressionally-funded media and institutions including Radio Liberty, Voice of America, and the National Endowment for Democracy, that have functioned virtually as media outlets for the Russian opposition.

It is the business of US diplomacy to defend the real interests of the American state and people — not to hurl insults around, however good this may make an administration feel. Those interests are best served by a combination of strength and calm; and the United States is still strong enough that it can afford to behave calmly, even under provocation. 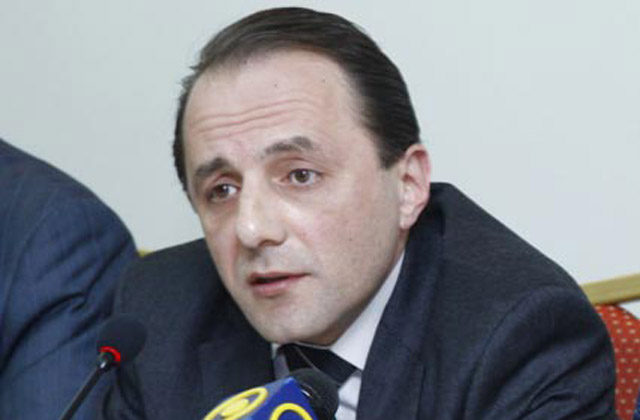